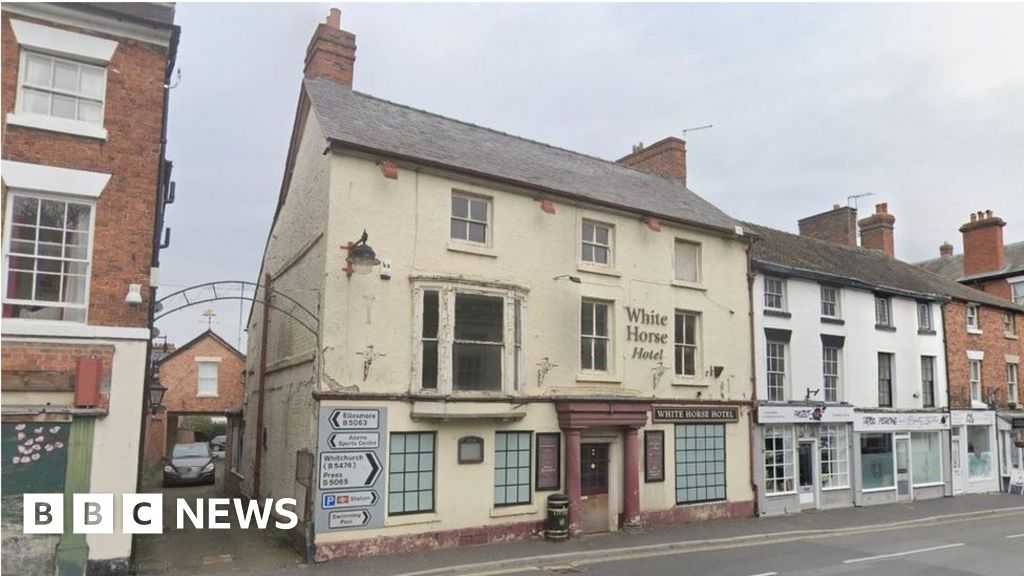 "We're desperate for it to be sorted out," one residents told the BBC.

People living in north Shropshire have called for the renovation of a town's "eyesore".

It comes as the derelict pub in Wem, the White Horse, is set to go under the hammer with an auction guide price of £75,000.

The Grade II listed building, located on High Street, has fallen into disrepair in recent years.

Once known as the "hub of Wem", the sale of the building has been welcomed by people in the area.

"All the floors are rotten through and it needs a lot of money spending on it," one resident told BBC Radio Shropshire.

Another added: "Nearly everyone that comes into the town comments on it, we're desperate for it to be sorted out."

"It's a bit of an eyesore," said a third, adding: "It's very sad because it was the hub of Wem at one point.

"It was a main meeting point for adults - they used to do food nights and karaoke nights."