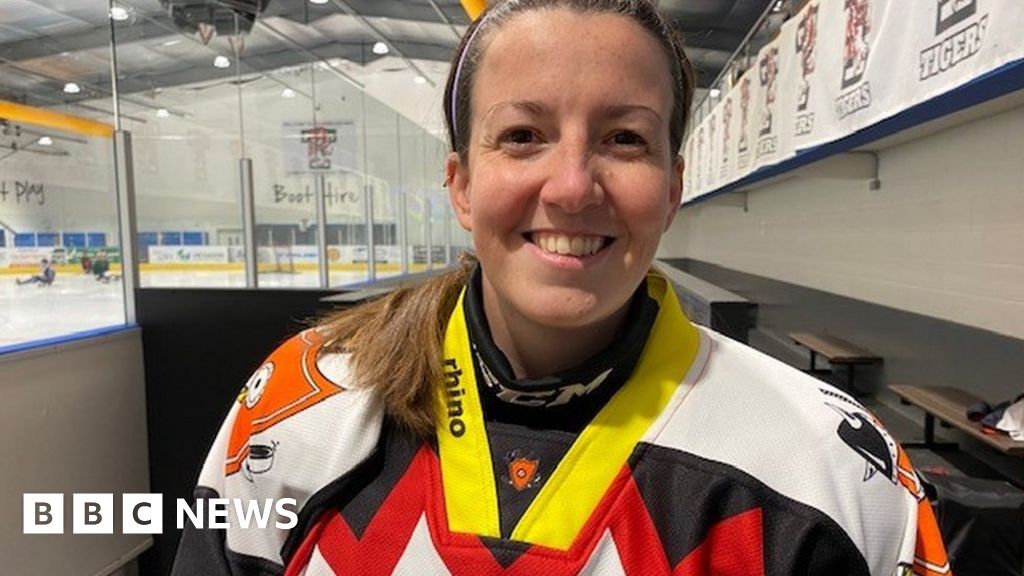 She returned to her hometown of Telford with the GB Women's Para Ice Hockey team ahead of the Women's World Challenge in August.

Ms Jenks had played ice hockey for several years but had to give it up after being seriously injured in a snowboarding accident, and then suffered complications with surgery.

"Going from a stand-up position knowing what you were doing to being put in a sledge and falling over every five seconds is quite frustrating," she said.

"After the initial getting over that, it feels good to get back on the ice and be part of increasing a sport that not many people know about."

"We need to get the word out more about it," she said.

"I think people need to work really hard to find the programmes near them, so we're hoping to increase people's exposure to it, have more people come into ice rinks and see para-ice hockey out on the ice - and give it a go," she said.