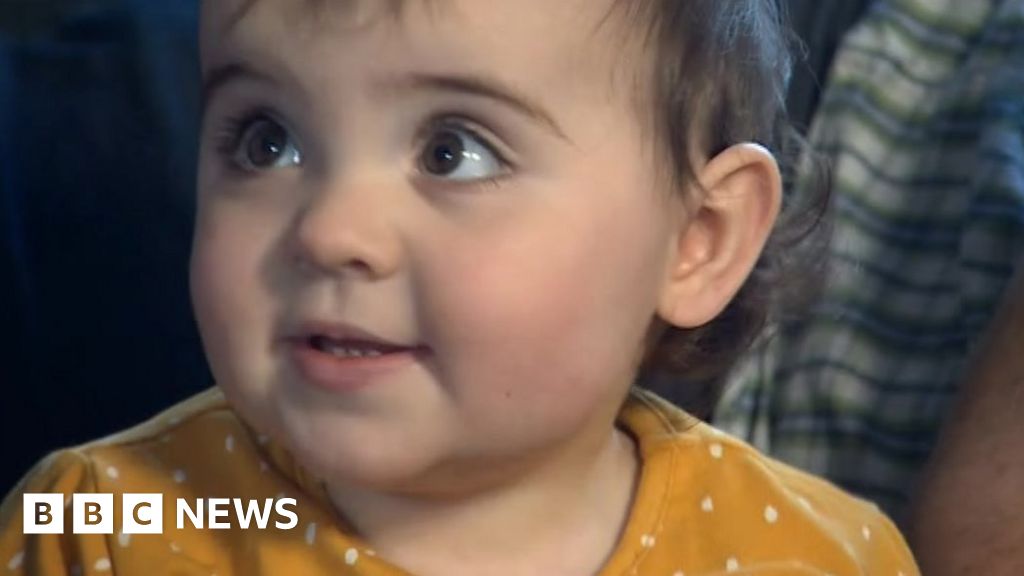 A father of a child who suffers from seizures has described the "chaos" they faced at A&E as a "sick joke" as she "struggled to breathe".

He said the situation at Princess Royal Hospital in Telford had already followed an ambulance delay.

It added staff were working incredibly hard to make sure children were seen as quickly as possible.

Mr Childs said his one-year-old's life had been "put on the line" for a second time on Tuesday after she suffered a seizure.

Myla "went grey and her lips went blue, it was clear she was struggling to breathe," he said.

During Tuesday's ordeal the ambulance service "couldn't guarantee a fast response", he said, so the couple drove their daughter to nearby Bridgnorth Hospital where she received help from "amazing" staff.

"But they couldn't get Myla's oxygen levels back up and stabilised," he added, so an ambulance was called to transfer the patient to Telford.

It took half an hour for it to arrive which felt like a "lifetime when you're watching your child struggling to breathe", he said.

Mr Childs described A&E when they arrived in Telford as being "stretched to breaking point, or worse than that".

"The nurse told us it would take around 10 hours before Myla could even see a doctor. That isn't emergency care, that's a sick joke."

While the couple waited, their daughter's oxygen levels gradually stabilised and returned to normal and they "began to feel the immediate life-threatening episode was over".

The parents then drove their daughter back to Ludlow to be seen by the family's GP.

Mr Childs, a councillor for the Ludlow parish, blamed the delays on an NHS that had been "underfunded and understaffed for years".

He said: "It's bad across the country, and in Shropshire we're right at the sharp end of things.

"We have been campaigning since January to try and help the situation because it's only got worse as the months have gone on."

Myla remained "under the weather", he said, but "she's on the mend and she's got some antibiotics and is being monitored closely by a GP".

Hayley Flavell, director of nursing at The Shrewsbury and Telford Hospital NHS Trust, said: "Our urgent and emergency care services remain under significant pressure, and we apologise to patients who are experiencing long waits for treatment."