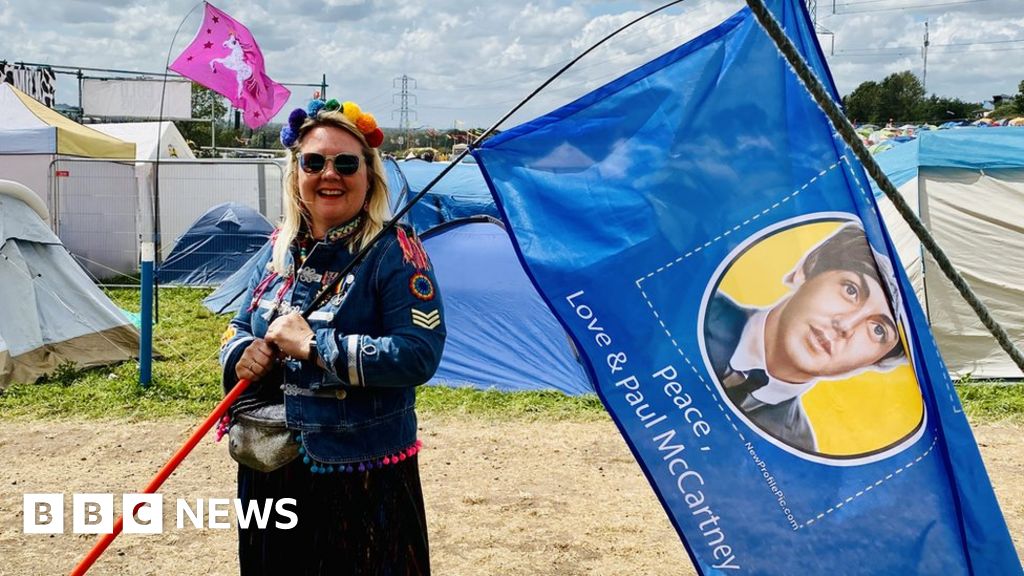 A fan who waited seven hours for Sir Paul McCartney's Glastonbury set says she is "absolutely gutted" she fainted near the start of his performance.

Sir Paul, who also fronted the band Wings, quickly stopped his Hendrix story to say: "What's going on there? Something happening in the middle of the crowd. Let's attend to it."

Once he saw the security guards move in the singer told the crowd: "OK, it's good, we're sorting it," joking, "It wasn't that solo I played was it?"

Ms Morris, who was celebrating her 20th year of volunteering with the festival's on-site church, said the anticipation of going to see the star had been building up "for months and months and months".

Her husband had recently been diagnosed with bowel cancer and could not go with her.

"Seeing Paul McCartney was my goal and just kept me going throughout all of this awful time at home," she explained.

She found her way to her vantage point behind the crowd barriers seven hours before Sir Paul's set, but shortly before he came onstage she started to feel unwell.

Around 25 minutes into the performance she collapsed and had to be carried out by security guards.

The stewards took Ms Morris to the medical tent behind the Pyramid stage, where she was "violently sick" and was told she was on the verge of hypothermia.

When she came around in the on-site hospital and realised she had missed the rest of the performance she said: "I absolutely sobbed my heart out."