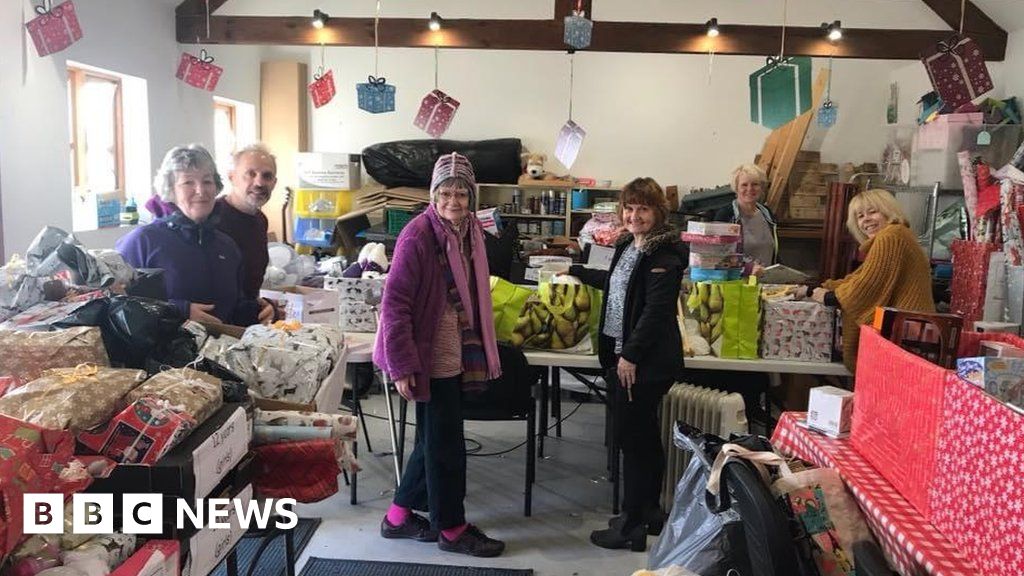 Founder Gill Harrison said she expects there will be an "increase in the need for gifts this year due to the cost of living crisis".

The idea for the project came after a friend told Ms Harrison about two young girls who were thrilled when they received a foil wrapped chocolate coin as their first and only Christmas present.

"That made me realise that there were a lot of children that weren't getting to celebrate Christmas in our community," Ms Harrison said.

Throughout the project's seven years, she said more people have been reaching out for the project's support this past year, including "middle class schools" in Taunton who don't usually request for donations.

The project has a relatively small team, with a core team of around 19 people that help with planning and a community team of volunteers that help wrap gifts.

"They will tell us that they know the children are absolutely delighted by the gifts that they receive and the parents are extremely grateful."

With Christmas around the corner, the team said they will be "wrapping furiously" over the next few weekends.