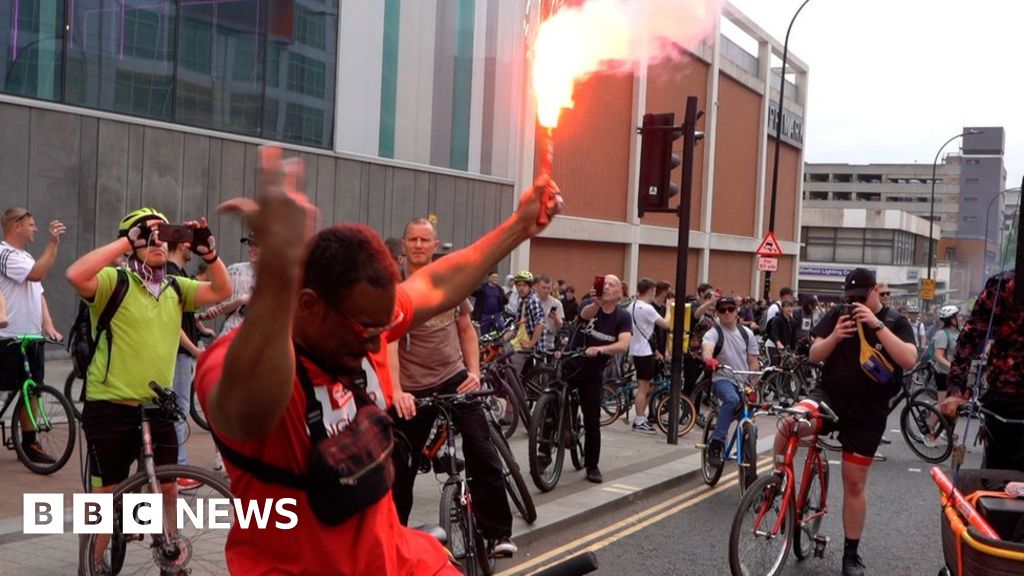 Organiser Dom Whiting started the spectacle during lockdown in 2021 and has since toured different towns and cities in the UK.

Starting out as just him live-mixing drum and bass tunes while riding his bike, it has since grown into a mass event which he streams online.

The DJ was joined by hundreds of fellow riders who stopped traffic across two hours as they moved around the city centre, finishing at Endcliffe Park.

"Everyone seems to take it in and embraces it. It's very rare we have motorists who get annoyed by it," he said.

Flares and smoke bombs were set off during the ride, which temporarily closed part of the ring road to allow the convoy to pass safely.

"It's quite surreal. I can't see the end of the line, everyone is always having it and there's smiles for as far as the eye can see."