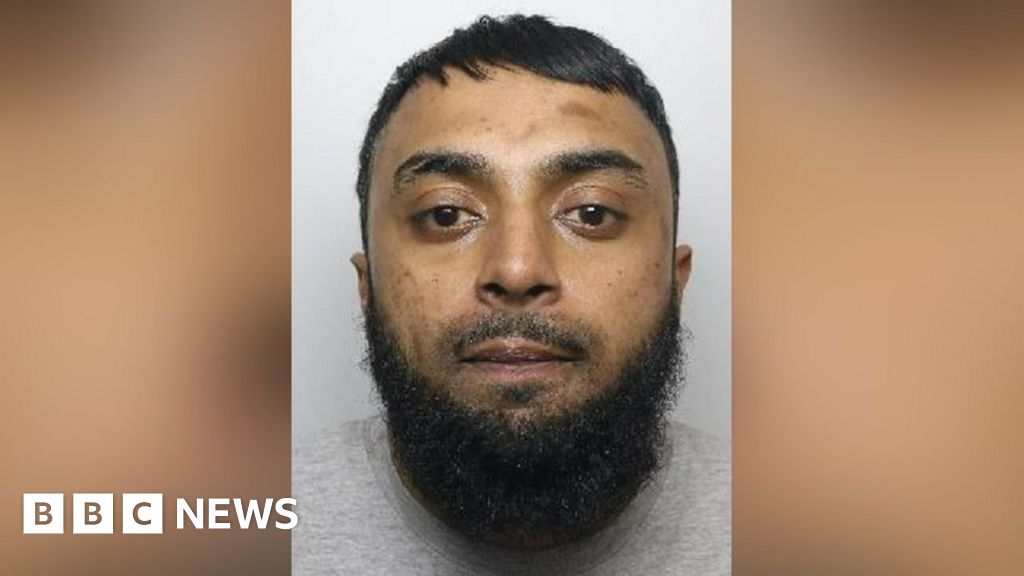 A "dangerous predator" has been jailed for 15 years for sexually assaulting a woman in her own home.

Monjur Khan, 32, forced his way into the property in Rotherham, in February, South Yorkshire Police said.

He then repeatedly punched the woman, who is in her 70s, before grabbing her by the throat, forcing her to the floor and assaulting her.

Det Con Megan Byne said the assault took place despite the victim's "heroic" attempts to fend him off.

She said the investigation into the attack revealed Khan had been seen in the area earlier the same day "behaving either inappropriately or suspiciously".

"We had a number of instances where Khan was knocking on doors, asking for water or saying he was looking for someone. In some cases, he made his way into peoples' homes," she said.

"This is clearly dangerous predatory behaviour, which suggests Khan had been looking for a vulnerable victim to attack that day."

Khan, formerly of Doncaster Road, Rotherham, was told he must serve an additional five years on licence once released.