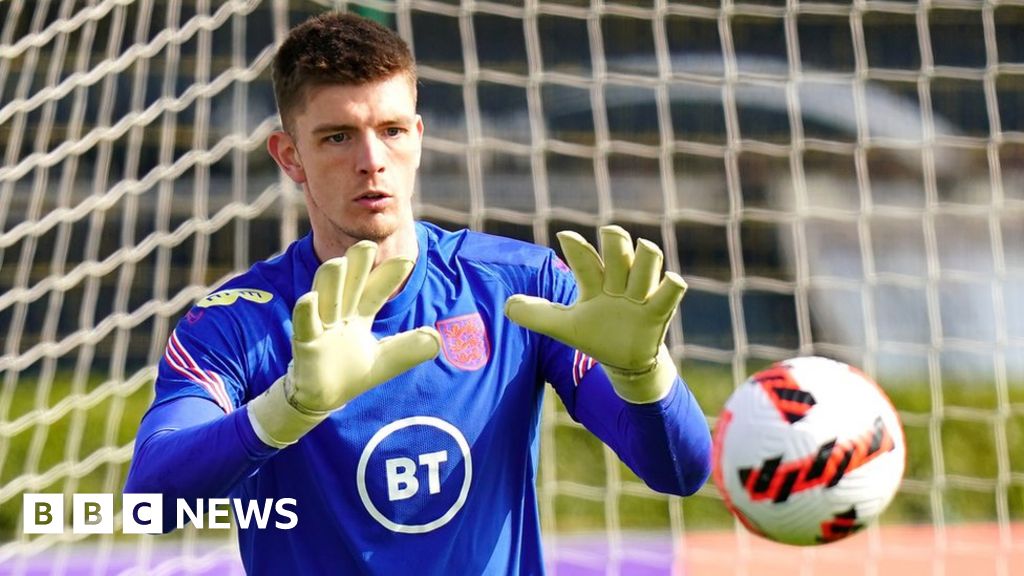 England World Cup goalkeeper Nick Pope "deserves all the success he's had and will have", the chairman of the non-league club where he started out said.

"They thought there was something they could work with - and the rest is history," said chairman Russell Ward.

"He's really dedicated and his family has supported him the whole way, and he deserves all the success he's had and will have."

He then languished in the reserve team, but the chance sighting by a Charlton Athletic scout meant he signed for the club, who now play in League One.

"I'm sure he wouldn't really mind if he heard that he wasn't really cut out to be a goalkeeper," Mr Ward told BBC Radio Suffolk.

"We had a very good goalkeeper, Marcus Garnham, who now plays for Needham Market, he was our number one, and Nick had to patiently wait and wait.

"He got his break when we were due to play Billericay, Marcus was injured, and Nick was brought in, and as it happened there was someone from Charlton there."

Mr Ward said he believed Charlton was attracted to Pope's height and the "family pedigree", with his older brother Josh a "very good" goalkeeper at Soham Town Rangers.

"We're very proud of him, we've got one of his shirts at the club and I'm sure we'll be asking him for an England shirt soon," said Mr Ward.

"He lives miles away now, but he comes back and sees his parents and he stays in touch on a regular basis with some of the lads he played with.