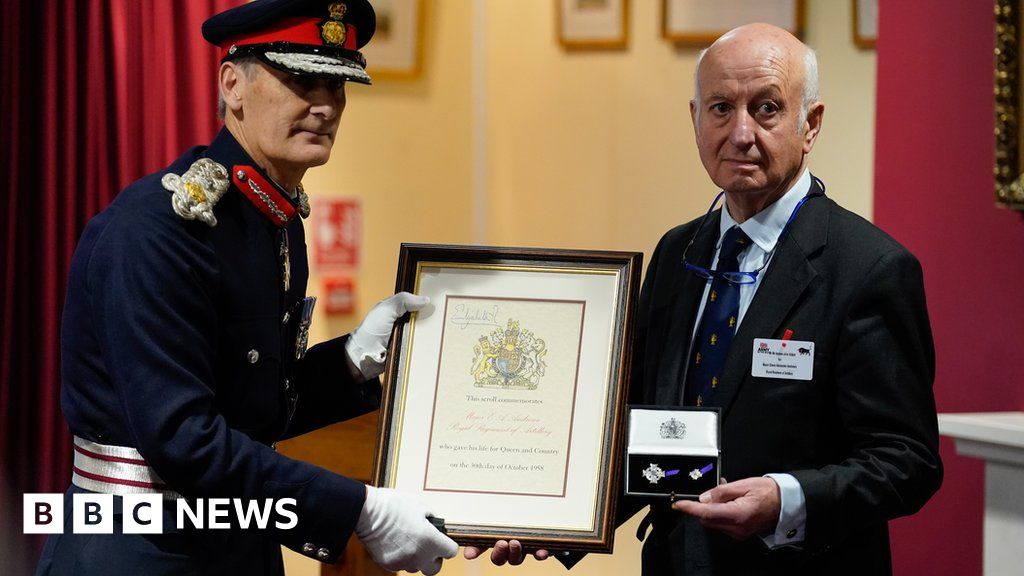 The families of three soldiers who died serving their country have been presented with the Elizabeth Cross.

The decoration, named after the late Queen, recognises the sacrifice of the soldiers who died in the Korean War, the Falklands and in Cyprus.

A cross was presented to the family of Pte Peter Davis, of the King's Shropshire Light Infantry, who was fatally hit by an enemy missile during the Korean War in 1951.

The third recipient was the widow of Cpl Andrew McIlvenny, who died in 1982 aboard Royal Fleet Auxiliary ship Sir Galahad, when it was bombed by the Argentine air force.

Remembering his uncle, Mr Gillett said: "He went into the TA in 1938 and signed up in 1939, and thereafter the army was his family and life until the time of his death."

"He was one of those uncle figures that was so lovely because when he came off leave he would always give me something."

He added: "On his last leave, he gave me an army clasp knife which I coveted for some time and that was the final memory of him, which I still have."

After receiving the Elizabeth Cross from the Lord Lieutenant of Hampshire, Nigel Atkinson, Mr Gillett was also presented with the Canal Zone Clasp, recognising Maj Andrews' service during the Suez crisis.