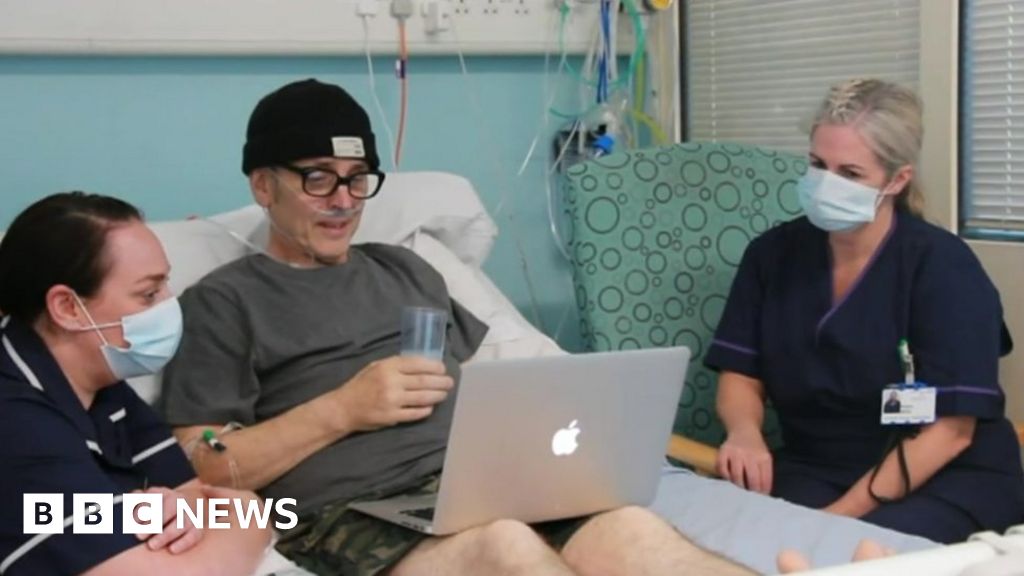 A dying man whose friends raised more than £17,000 to fly him to Glastonbury said he will be forever grateful to be able to fulfil his last wish.

He had been due to go to the Somerset festival, which begins on Thursday, but was told he was too unwell to travel.

But, thanks to his friends, he will fly to the event by helicopter with a medical team at his side.

Hearing of his love of the festival, to which he has been going for more than 30 years, the palliative care team at North Tees Hospital encouraged Mr Stonehouse's friends to hire a helicopter for the trip.

Mr Stonehouse, who describes himself as one of Fatboy's disciples, said: "I'm forever grateful to the public for what they've done and this has also got to be said, I would not be going anywhere if it wasn't for the help of these nurses on ward 25."

His close friend, Lizzie Beggs, said: "To be with him there at Glastonbury one final time will just mean the world to all of us.

"It's horrible knowing that the inevitable is going to happen but I will be happy knowing this will be granted for him."

"He just thought he was this little man who lived in this little village, but the response has been incredible.

"It's really nice to see the nation listen and help. It's about being with his friends at Glastonbury for that last special occasion."