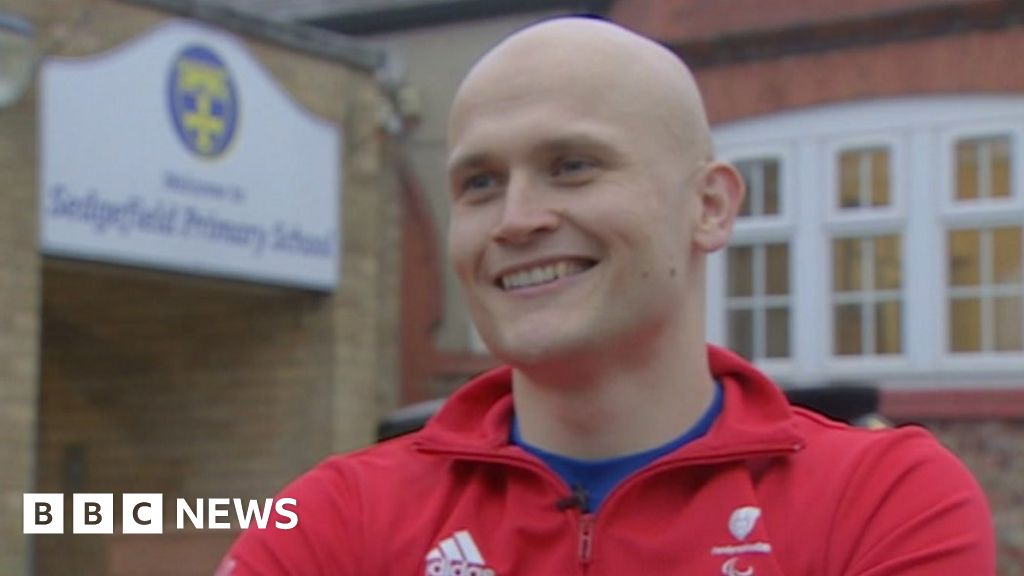 "I loved rugby so I went along for my first session and I was terrible - I could barely push my chair the first time I went, so I sat there watching everyone else feeling deflated," Smith, 31, said.

"But I kept going back and back and got better and fell in love with it and realise how wheelchair rugby has given me so much, I've learned how to live with my disability."

The sportsman, whose cancer returned in 2020, would have missed out on going to Tokyo had the games not been postponed for a year because of the pandemic.

Smith, who became an MBE in the New Year Honours List, was presented with the freedom of Sedgefield at his former school - Sedgefield Primary School - by the town council on Monday.

"I never expected it, it's a crazy accolade and it's nice having a plaque on the wall and being back at school," he said.

"All the memories came flooding back, the hall still smells the same and speaking to the kids - hopefully my story can spur them on to follow their dreams."

Ten-year-old school pupil Sophie said Smith was "very brave" to have started wheelchair rugby and he had shown people "you don't have to give up and be depressed and stop doing what he loved".

Fellow pupil Kayden added: "I think it's great that even with obstacles in the way he's adapted and pursued his career in rugby, his life story really made me think - he didn't give up, he adapted to everything."

"I always try and plan my way out of things, I like structure, I like to contemplate and that's how I live my life and I guess that's what's helped me get through the harder times."