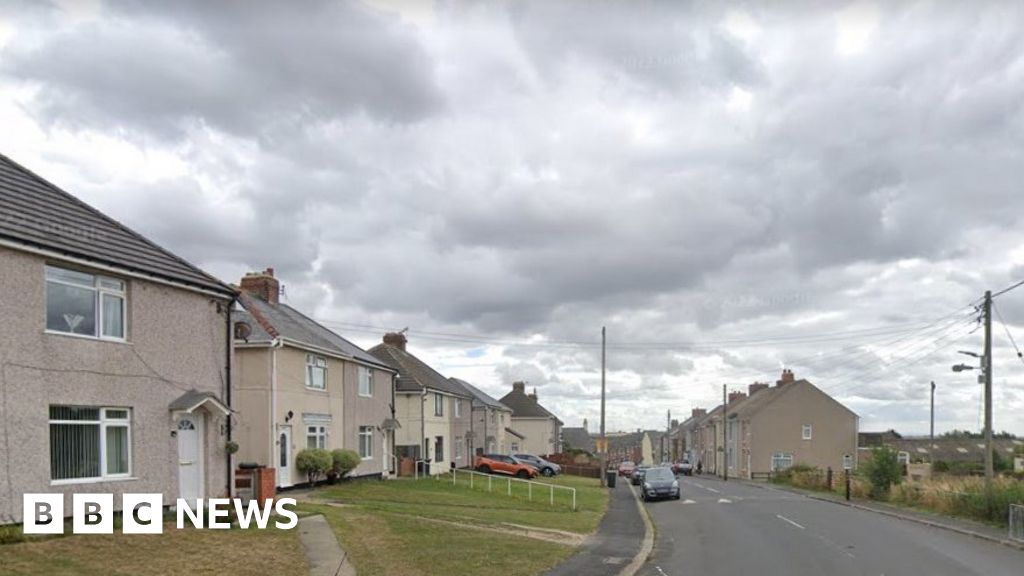 The silver Vauxhall Vectra was outside a relative's house with the engine running and the youngster inside, while the family dropped off shopping.

A man then jumped in and drove off. The girl was found minutes later when the car was dumped about three miles way.

Durham Police said the car was targeted while one member of the family stood by its door.

Another family member went inside the house and a dark-coloured Nissan X-Trail came into the street and drove slowly past, then reversed, pulled up alongside the Vauxhall and a man jumped out and got into the car with the child in her car seat in the back.

The man, described as being dressed in a blue hooded jacket and black jogging bottoms, drove off at speed, despite the family's attempts to stop him.

The toddler was found inside the car which was dumped about three miles away at Sherburn Beck, near Ludworth.

"We are also looking for anyone who may have seen the Nissan X-Trail at the time, or in the immediate time before and after this incident," he said.

"Thankfully, the child was located inside the car, safe and well, and was quickly reunited with her family."

The family cat, which was also inside the car with the child, has not been found.