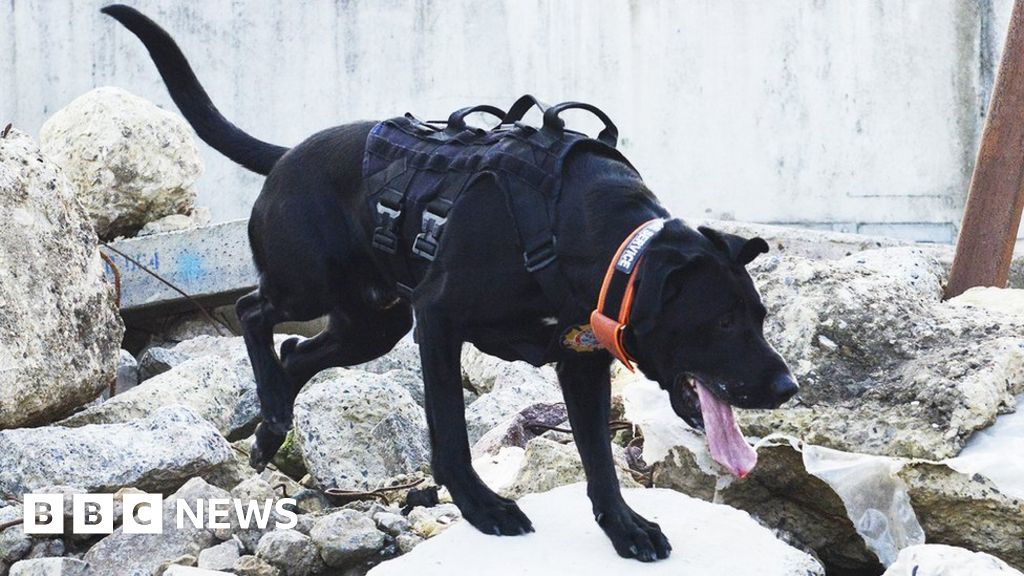 A puppy who was too boisterous to be a family pet has found his calling working for the fire service.

Merlin was given to Northumbria Police as his owners found him too energetic, and the force passed him on to Tyne and Wear Fire and Rescue Service.

The fire service needed a new dog for their urban search and rescue team as current responder Frankie was coming to the end of her career.

Merlin was taken in by watch manager Steve Carr and has been trained alongside police dogs.

He has now been certified as a specialist search dog who could be used to find someone lost in woods or people trapped in a collapsed building, barking when he has located a casualty.

Chief Fire Officer Chris Lowther said: "Merlin will be able to reach places our firefighters simply can't reach, so that he can identify the location of any casualties during an emergency response."

Ms McGuinness said: "With his energy and character, Merlin is destined to be a hero, and we're all so happy he's found his calling in life."