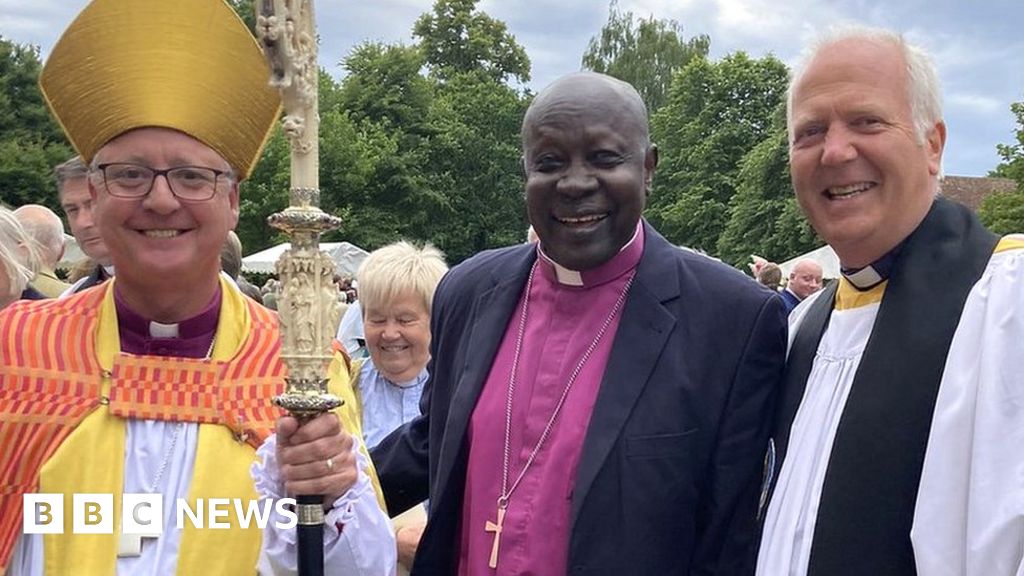 A new bishop says parishioners cheered after they were surprised with a gift of £10 each at his inauguration.

Bishop of Salisbury, the Rt Revd Stephen Lake, said it was the first time he had seen a congregation "burst out in applause".

He said the money, given by two anonymous donators, was to show people can make the most of what they have been given.

"It was a reminder to everyone there that this was still needed. There are people who are less fortunate.

"It was so thought-provoking. It reminded people of the Christian faith and why we were there," she added.

Bishop Lake said it was the first time the diocese "has been able to get together since the pandemic".

"I've never had a service where at the end of it the congregation bursts into applause," he added.

"A seven-year-old said he will give his to Macmillan [cancer care] because they were looking after his grandma. Another is supporting a food bank in Bedminster.