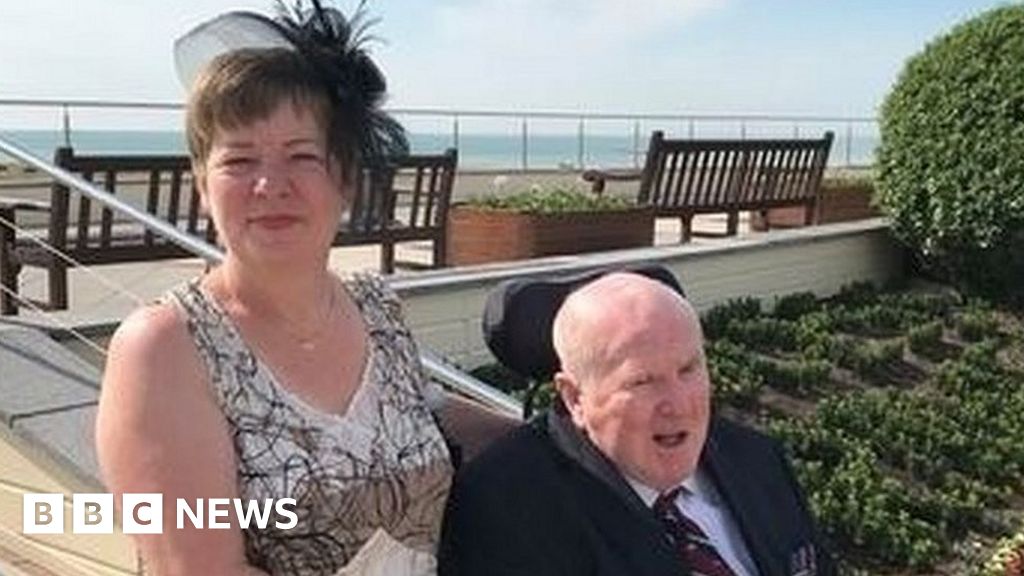 A woman who became a full-time carer to her husband after he became paralysed has said that mental health is "a big problem" among unpaid carers.

"Until you care for someone, you don't realise how lonely it is," she said.

After suffering a stroke, Mick was left paralysed down his left side and Ms Probert-Thompson said their situation had become more difficult since the pandemic.

"Before retiring, Mick's role in the RAF allowed him to travel the world. Getting out and about, as well as catching up with life-long friends was so important to us," she said.

"But with the pandemic, it has been harder. I am still worried about contracting Covid-19 because if I passed it onto him he would be seriously ill.

"It has been quite isolating for us, and not being able to interact with other people has really affected my mental health," added Ms Probert-Thompson.

It will soon be able to offer further support after being awarded £40,000 to employ a specialist mental health practitioner.

The grant, from RUHX (the official charity of the Royal United Hospitals NHS Foundation Trust) and NHS Charities Together, will fund the position for two years.

"Some unpaid carers are near crisis point. They feel like they can't go on - they also feel guilty for thinking this.

"The new practitioner will be helping carers with concerns or issues they have and identifying their mental health needs and what support may be needed," added Mr Ilbury.

"I need the opportunity to talk confidentially about my feelings, with someone who can understand my situation but remains separate from it.