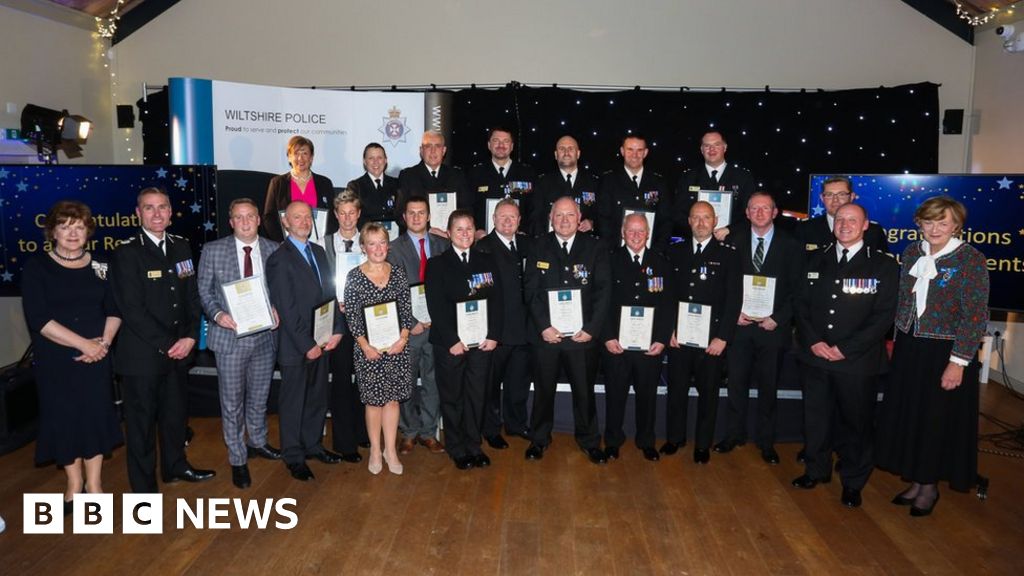 An off-duty special constable who stopped to restrain an aggressive drink driver who had a blade has been commended for bravery.

As he helped the passenger, he was attacked by the driver but was able to restrain him for 20 minutes allowing police to arrive and make an arrest.

The special constable had been driving near the Wiltshire/Hampshire border on 6 February when he came across the van at the side of the road.

After establishing the driver, who had left the vehicle, was under the influence of alcohol, SC Matthews identified himself as a police officer and prevented the man from returning to the vehicle.

The driver then put the special constable in a headlock but he was able to break the grip and hold him.

SC Mathers was one of many officers and staff to be honoured at the Wiltshire Police Awards held near Pewsey on 15 November.

"We step forward to selflessly protect, serve, keep the peace and deliver the best service we can for victims.

"Police officers, police staff and volunteers take up this vocation, knowing the risks and dangers, yet freely commit themselves to protect others.

"Most will say they were simply doing their job, but tonight is about thanking you and them for dedicated service, and for going the extra mile to make a difference," he added.