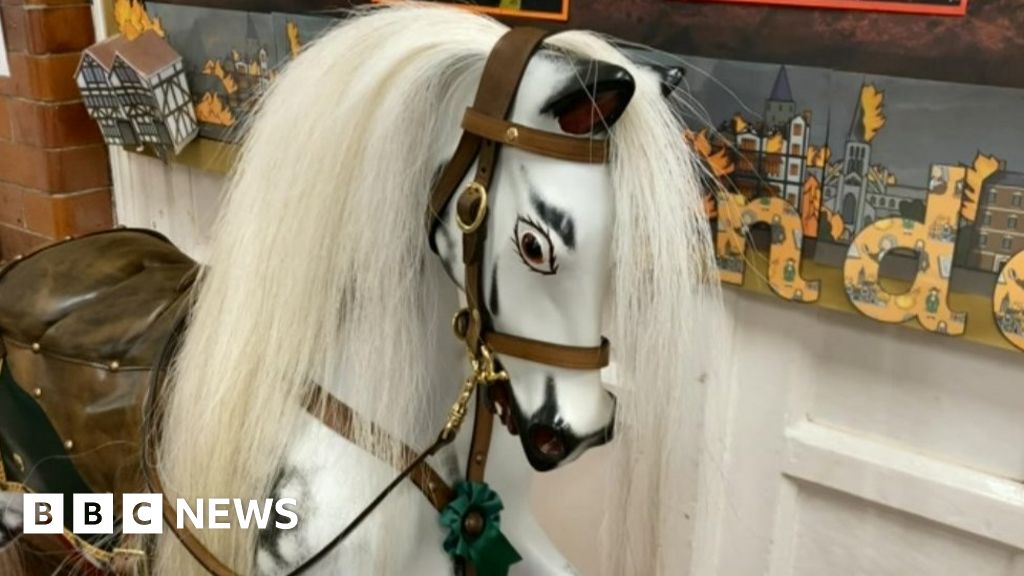 The discovery came after an old photo of pupils sitting on one of the horses was sent to the school.

"When we lifted up the blanket in front of the whole school you should have seen their faces - it was like 1,000 Christmas Days condensed into one," he said.

He told BBC Radio York they had been repaired so many times over the decades that they were patchy, with different colours and ears broken off.

"They were looking a bit sorry for themselves, to be honest with you, but [now] they look like they could be brand new rocking horses," he said.

The repairs were carried out after pupils launched a fundraising appeal, with the Fangfoss Rocking Horse Shop renovating the two neglected rocking horses for the price of one.

Mr Burnell said the school had now re-established a tradition dating back over 100 years where a child could ask to ride one of the horses on their birthday.

"Historically, that's the way it always worked. So, on your birthday you can have a go," he said.