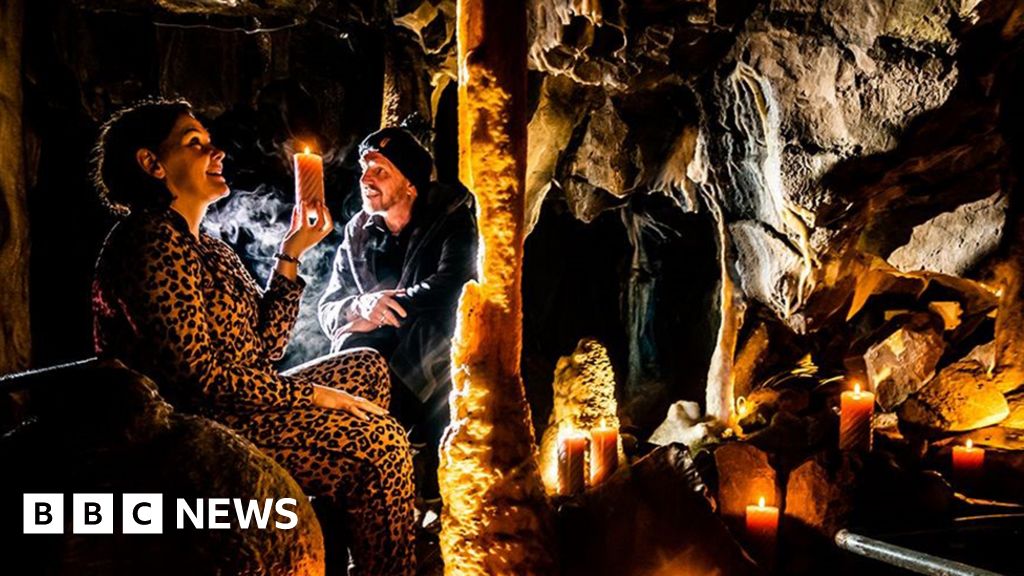 Stump Cross Caverns, near Pateley Bridge, is holding the event as part of an attempt to raise £200,000 for new lighting at the cave complex.

The site's owner Lisa Bowerman, who calls herself the Cavewoman, said several people had asked about spending the night in the caverns.

She said the feat recalled the world record for the longest stay underground, which was set in 1963 by Geoffrey Workman who slept in the caves for 105 days.

"We're really excited to be able to offer 10 people the experience of a lifetime by joining us as we sleep overnight in the caves," she said.

"Several people had asked us if they could sleep overnight to experience the underground caves in a unique way, so we decided to do one night underground - it really is a fantastic experience."

Ms Bowerman said the participants, who will start their sleepover on Friday, can expect temperatures to drop to 7C in the cavern overnight.

"It's absolutely beautiful down there, it's so surreal, so I think there is going to be lots of talking points," she said.

The limestone caves were discovered by lead miners in the 1860s and have been privately owned ever since. They are now a popular tourist attraction.

The couple said they had hired a cave lighting architect to design a system which would show off the caves in their full glory while also being environmentally-friendly, saving 80% of the current electricity costs.