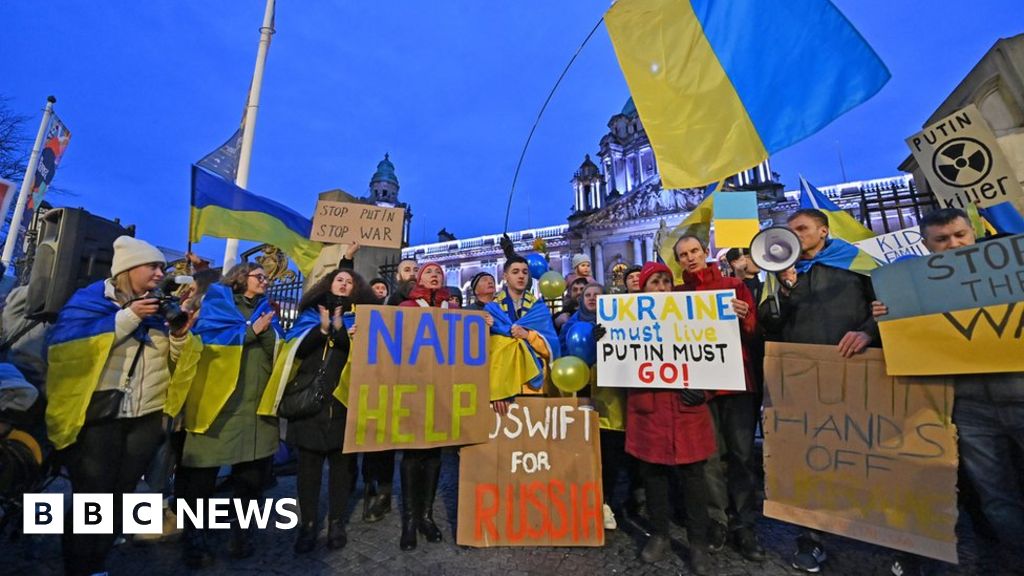 "I know many people who can't find a job without the language. I think the language is the most important thing when you come to a new country alone.

She said she was able to attend a weekly language class at a church in Carrickfergus, but it is not meeting during the summer and many other courses, at further education colleges for example, do not start until September.

The rising cost of fuel and a lack of reliable routes means they are unable to get to whatever classes are available.

Ukrainian refugees are entitled to welfare payments such as Universal Credit, but Ms Zaichyk said it can take weeks for payments to come through.

"They want to be integrated into Northern Ireland's society but English is a barrier for them," she said.

Meanwhile, Ms Zaichyk said it was also important the conflict remains in the minds of western governments and wider society, as "the war has not stopped".

"People are still dying and bombs are still being dropped on our towns and cities," she added.