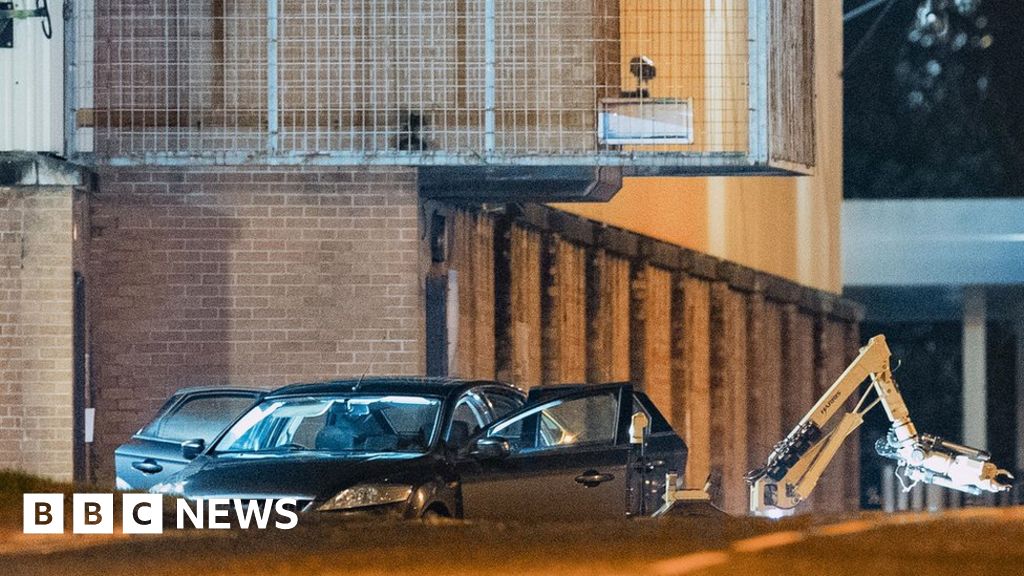 A device left outside a police station in the Waterside area of Londonderry was viable, the police have said.

A delivery driver had been forced at gunpoint to drive the device to Waterside police station on Sunday night.

"This further underlines the reckless and callous disregard by those responsible for the safety of the driver, the local community and the police officers who serve them," he said.

The driver's grey Ford Mondeo was hijacked by a number of men at about 22:30 GMT on Sunday.

Police said the suspicious object was placed in the delivery driver's car in the Currynierin area of the city before he was forced to drive the 2.5 miles (4km) to the police station. He was then able to raise the alarm.

A number of homes were evacuated and a local primary school closed due to the security operation that followed the hijacking.

On Monday Ch Supt Nigel Goddard said the device was a petrol can with a pipe attached which was designed to look like a car bomb.

He said police believed dissident republican group the New IRA may have been behind the incident.