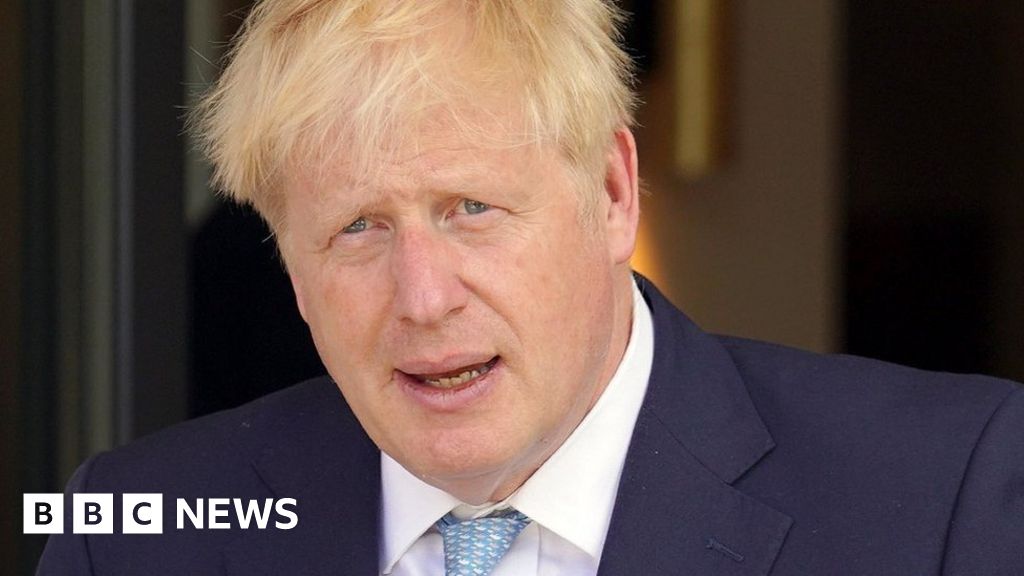 The by-election defeats have also led to increased criticism of Mr Johnson, who won a vote of confidence in his leadership among Tory MPs earlier this month, but with 41% saying they did not want him to continue.

But asked if he would like to serve a full second term in office, Mr Johnson said: "At the moment I'm thinking actively about the third term and what could happen then, but I will review that when I get to it."

Speaking to reporters in Kigali, Rwanda, where he has been at the Commonwealth Heads of Government meeting, the prime minister was asked to elaborate on his comment, replying that he was thinking "about a third term - mid 2030s".

"We often as politicians, particularly when you're in government, get criticised for making decisions looking at the next week, the next election, the next year, and not looking long term"

"With all great respect to Michael Howard, who sadly wasn't able to win an election when he led our party, I think we have got somebody who has a proven record of winning elections, both as London mayor but also as prime minister in 2019," he said.

Both opposition parties denied they had made any form of election pact to lend support to each other, after Liberal Democrats benefitted from a collapse in the Labour vote in Tiverton and Honiton, and Labour won after the Liberal Democrat vote slumped in Wakefield.

"The leader of the party should normally be more popular than the party itself, but what we're seeing with Johnson is he's a huge drag on the ticket."