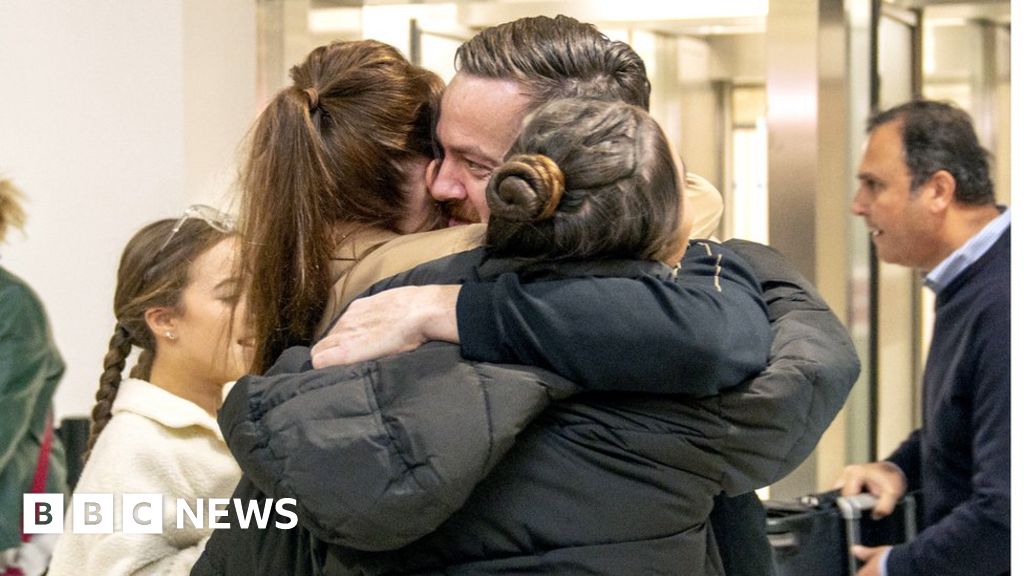 The father-of-three did not know he was on an Interpol list as a wanted fugitive until he was held in Basra in September while on his way to a new job.

He thanked all those who had supported him and worked to get him freed, including Radha Stirling, founder of the Interpol and Extradition Reform (Ipex) initiative, and Douglas Chapman, the MP for Dunfermline and West Fife, who was also at the airport to greet him.

Mr Glendenning was unable to shave during the time in prison - with his brother John saying there had only been a single communal shaver in the jail, where he had been kept in "vile" conditions.

'I knew it was going to be all right'