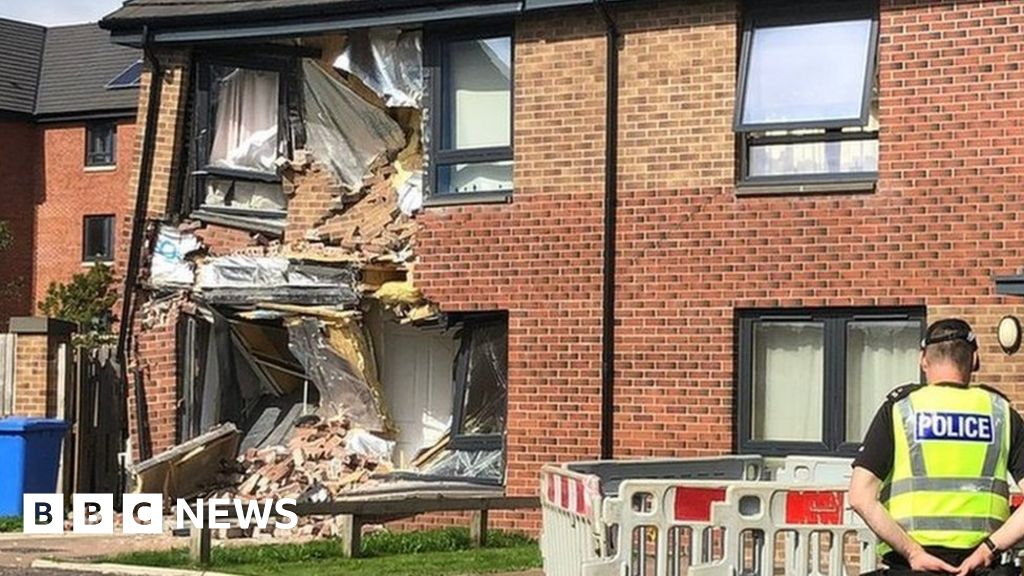 He was told to stay away from the 33-year-old after headbutting her, dragging her and pinning her against a wall.

But, despite the court order, the couple resumed contact and he repeatedly called her on the day of the lorry rage incident on 6 September last year.

He had screamed down the phone to her: "I am going to park my lorry in your living room."

She was later out on the street near her home in Lancaster Crescent, when she spotted her partner driving past.

Prosecutor Lisa Gillespie QC told the court: "She told him under no circumstances was he to come to the house because there were children there.

Ms Cassidy tried to calm Wellington by agreeing to meet him on the street nearby but panicked when she saw him in his truck at about 23:00.

A friend who had been inside at the time had spotted Wellington pull up, straighten his lorry and then reverse "at speed" into the property.

The friend raced to grab the two children and took them outside. The court heard that all were unharmed.

When police arrived, Ms Cassidy was on the phone to Wellington who was overheard threatening that he was "coming back to finish it".

Those in four of the properties were later able to return, but the damage to Miss Cassidy's home and a next-door neighbour's was so bad that the houses had to be demolished.

He was remanded in custody and will be sentenced next month.