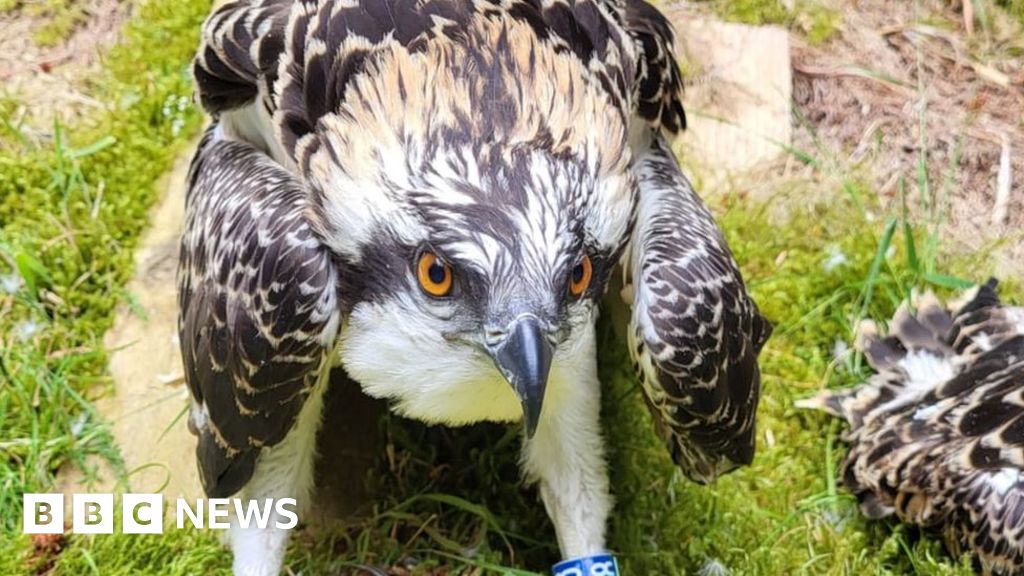 Ms Dench said she and her Conservation Without Borders team - which is currently on its Flight of the Osprey Expedition - was tracking his progress with interest.

"Although we are currently nearing the end of our expedition in Ghana following the migration route of ospreys, we have been keeping a close eye on Glen's progress as he is the last of three juveniles from the Tweed Valley Osprey project," she said.

"After his escapades on container ships in the Bay of Biscay we are quite fascinated by the fact that he seems to be happily exploring in Spain and appears to have no inclination to migrate further south like most of his kind."

Diane Bennett of Forestry and Land Scotland, Tweed Valley Osprey Project, said Glen had settled in Rio Anllóns in northwest Spain after he hitched a ride but seemed to have no desire to go further south.

"During September he had extensively explored along the whole of the river system there and it seems that he is thriving," she said.

"He is now familiar with the area, he has been finding suitable fishing and roosting areas and all seems to have been going well for the whole month.

"It is possible that Glen may remain in Spain during the winter months but it's out of the normal - in that most birds would head further south."

She said he appeared to be "content to stay" where he was but had gone on an apparent scouting mission.

"In the past 10 days Glen left the area and has made a long familiarisation trip all the way along the coast and down to Portugal before returning north to the Rio Anllóns again," she said.

"If the weather becomes more adverse in northern Spain at Anllóns as winter progresses, then Glen now has some knowledge of where he can go, further south and this is a good thing.