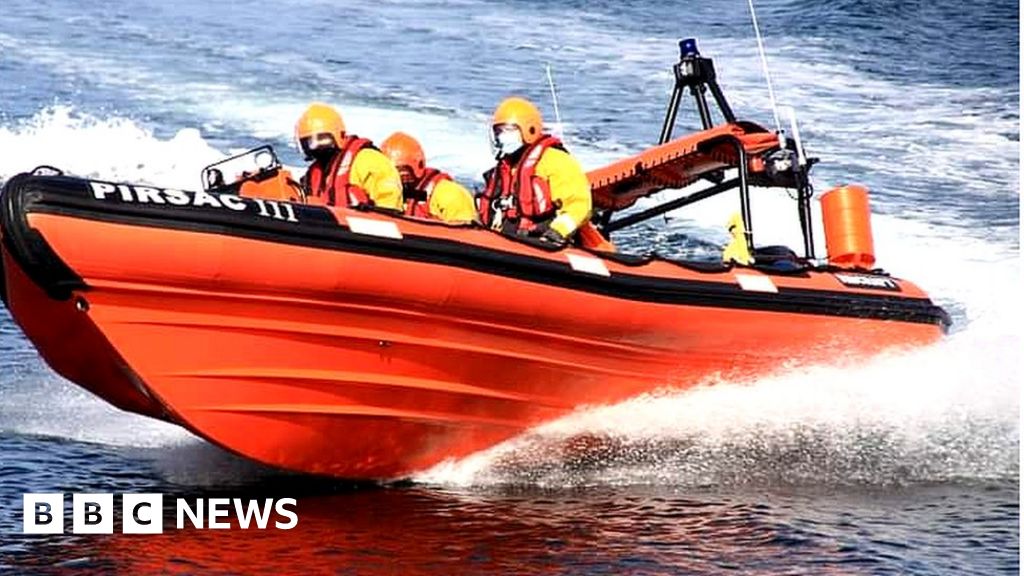 A fisherman has died in hospital after being rescued from a sinking trawler in Dumfries and Galloway.

Lifeboat crews were sent to Luce Bay, near Port William, Newton Stewart, at about 16:30 on Saturday.

The man was rescued from the boat just before the vessel was completely submerged. He was taken to Galloway Community Hospital.

However, police confirmed the fisherman died later in hospital. They are investigating what happened.

A spokeswoman for the force said: "We were made aware of a boat which got into difficulty and capsized near to Port William, Newton Stewart around 16:30 on Saturday 19 November.

"A man was taken to Galloway Community Hospital where he died a short time later.

"Inquires are ongoing to establish the full circumstances and a report will be sent to the procurator fiscal."