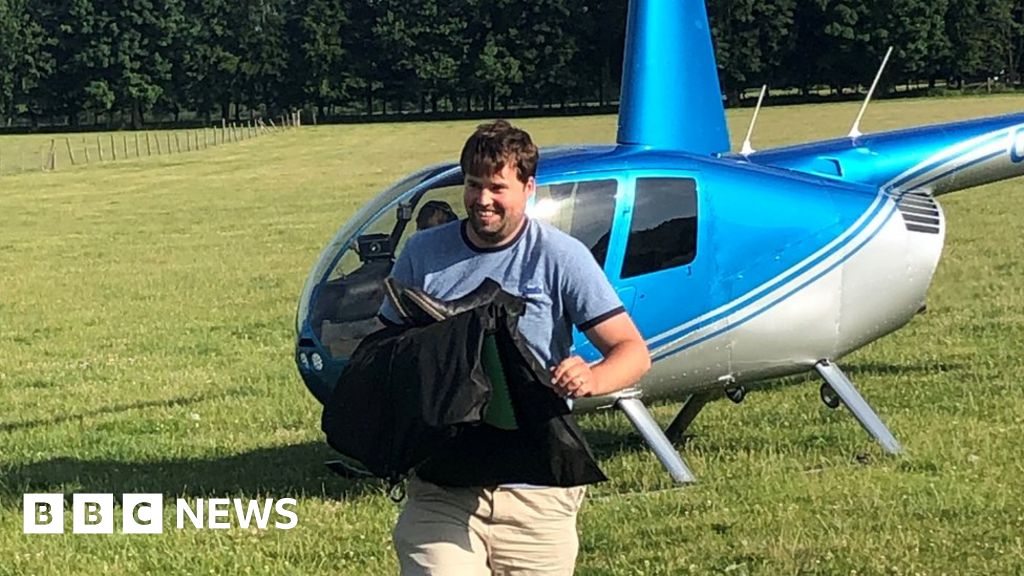 An opera singer was flown hundreds of miles from west Wales to the south of England to save a show after a tenor and his understudy fell ill.

The opera house decided to charter a helicopter, which landed with just minutes to spare for the production of Ethel Smyth's The Wreckers.

His plan had been to take his three-year-old son to see the seals at Cardigan Island before the urgent call came from Glyndebourne asking if he could "drop everything and get on my way".

With the railways out of action due to strike action, he got in the car and made it to Bristol when the opera house called back to say a helicopter would be waiting for him in Bath.

"I was just trying to keep calm and chilled rather that getting worked up because being stressed makes [singing] harder.

He said the first act was already under way, with Rodrigo doing his best to sing, when he arrived.

"It was a very bizarre... with my bag running over a field. A bit like Tom Cruise... but actually more like Mr Bean."

He said freelance singers had to "live in the moment " so he put on his suit, had a quick warm up and a sandwich, then he was on stage.

He said operas normally have just one understudy, but with Covid infections still around and the fact The Wreckers is known to very few singers, he decided to get the "extra insurance".

"The promo beneath our name is 'no ordinary opera' which can be hard to live up to sometimes, but [last night] was certainly not ordinary, not one to forget."