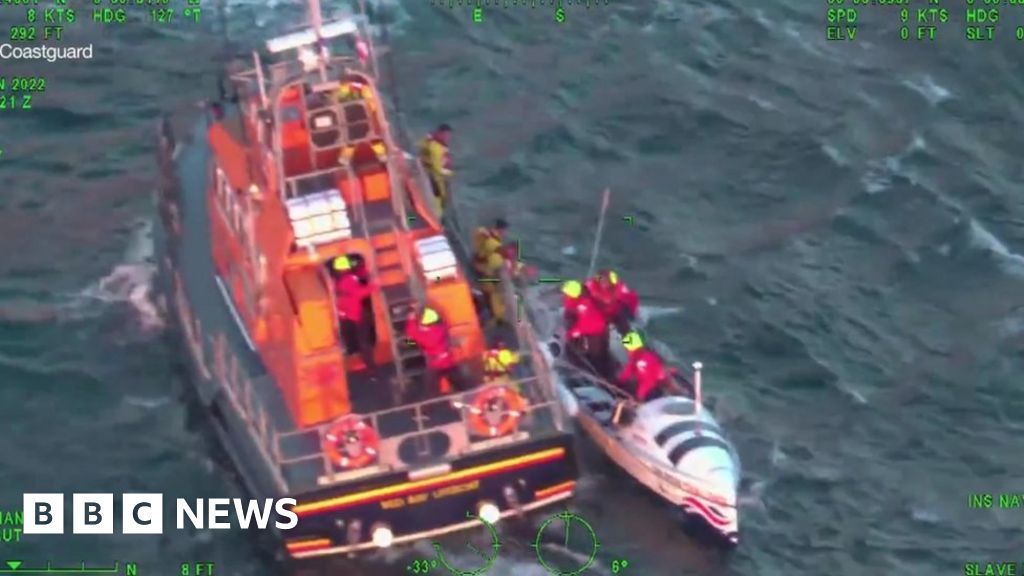 An ocean rower has described how he and his crewmates were rescued after they lost control in bad weather and were in danger of running aground.

They were part of the GB Row Challenge aiming to circumnavigate Great Britain. All were reported to be safe and well.

Mr Saunders said the crew had been watching the weather and riding it out when the storm blew up.

"We found we lost steering control, we were drifting with the tides and the para anchor ended up going," he said.

'We made the decision to get off'

"Wherever tides and wind were taking us that's where we were going," said Mr Saunders, who left the military for the private security sector after a he suffered a broken neck in a helicopter crash.

"We were in constant communications with the Coastguard, and we made the decision to get us off the boat before we hit the Scottish coast."

Mr Saunders, an experienced rower whose team won the 2021 Barcelona-Ibiza NOMAN three-day ocean rowing race, said: "In terms of open water and sea conditions, (it was) pretty much one of the hairiest states I've ever been in.

They were rescued by the Red Bay RNLI lifeboat from County Antrim and a coastguard helicopter from Prestwick in Scotland was also deployed.

'Blown away by show of humanity'

He praised the volunteer lifeboat crew who took them to Cushendall in County Antrim, and said the crew were "blown away by their show of humanity".

"We've been given clothes, food and a house to stay in for now, we have been really helped."