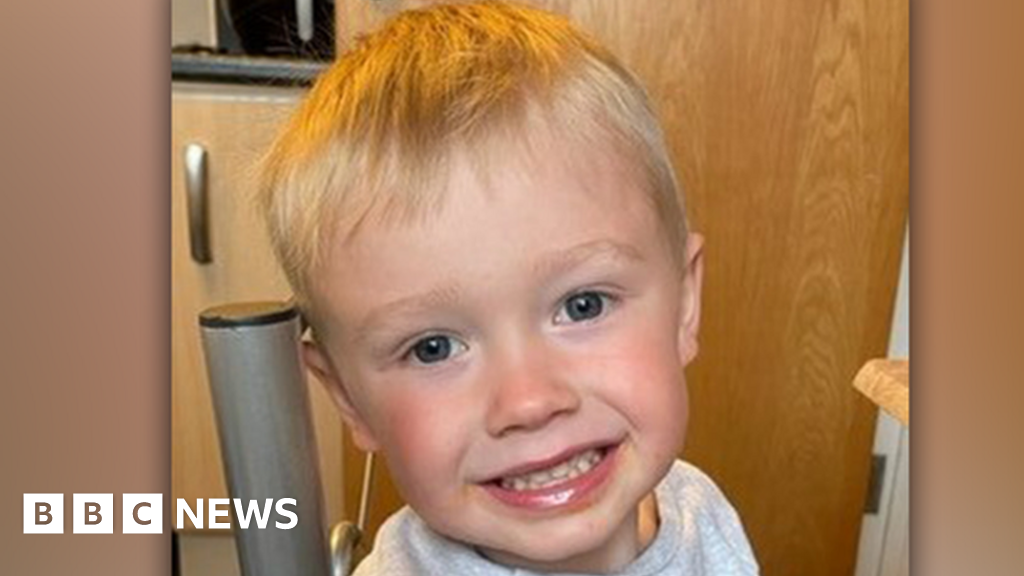 A three-year-old boy died after he was run over by a 4x4 and trailer driven by his father, an inquest has heard.

In written evidence to the jury at Llanelli Town Hall, Mr Jenkins said he had "no idea how he was struck".

He said he did not "see, hear or feel anything unusual" as he pulled away.

Ianto had said he wanted to accompany his father on a second local delivery of topsoil but then changed his mind, the jury heard.

The boy's grandmother, Meinir, said her granddaughter came running into the farmhouse shouting "Ianto is dead".

She found him on the ground, still on his bike, about five metres from the house with severe head injuries.

She called her son on his mobile phone to tell him Ianto had died.

Paediatric pathologist Andrew Bamber said the injuries were consistent with "pressure applied by a very heavy object" such as being run over by a pick up and trailer carrying topsoil.