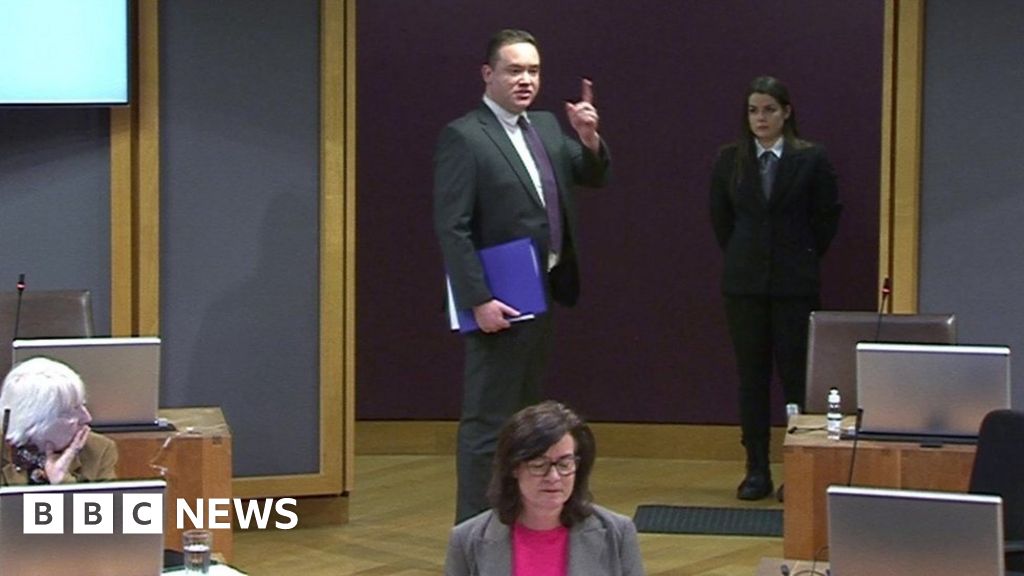 The Llywydd (presiding officer), Elin Jones, said she would not call him to speak in the chamber again until he had apologised.

One Labour MS was said to have moved seats because she felt threatened by his outburst.

The Welsh Conservatives later said Mr Davies had apologised to both the Llywydd and the Labour Senedd member involved.

He said people had been "promised this for a decade without a spade going in the ground or any tangible evidence that this Welsh government is doing anything".

But Ms Morgan asked why she was answering questions from the Conservatives' spokesperson on care, not the shadow health minister.

Shortly after, Mr Davies threw a file stand to the floor, and his file to his desk, and could be heard saying "grow up" and "I'm tired of this".

The Llywydd said the minister did not need to answer his final question "because things have got out of order".

She asked Mr Davies to leave quietly, at which point he walked out saying: "I will leave. It's an affront to democracy."

Later, Labour MS Joyce Watson said one of her colleagues felt so threatened she had to move.

The Llywydd said it was an "unacceptable outburst by the member" which "shook us all at the time, not only those in close proximity".

She added: "I will expect an apology from Gareth Davies before he is called again in this chamber.

"That apology will be to me but it will be for all of us.