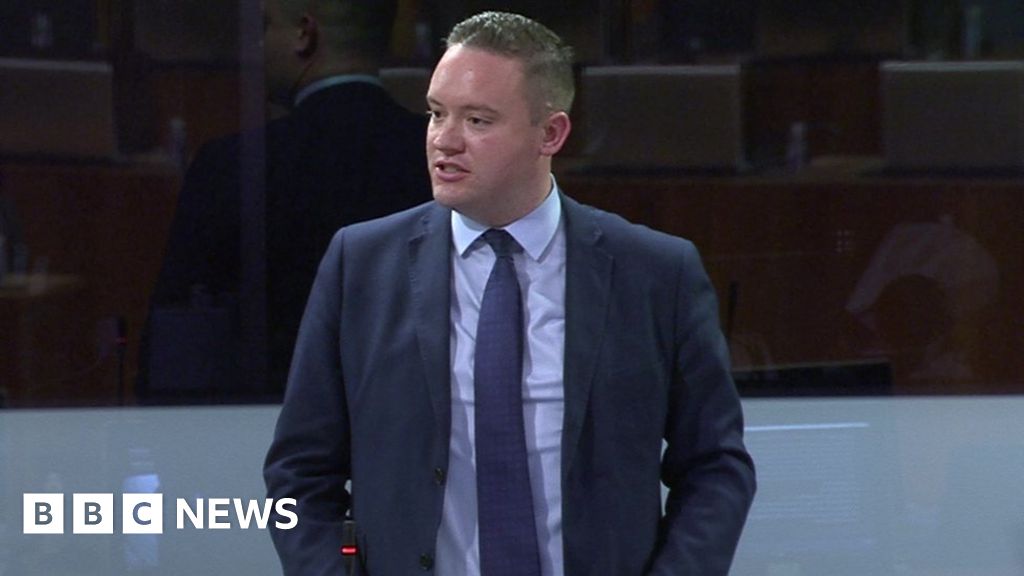 A Member of the Senedd has said he built himself "back up again from scratch" after he was admitted to hospital diagnosed with bipolar disorder a few years ago.

Mr Davies, who was elected to represent the Vale of Clwyd in 2021 and is a Conservative, told the Senedd: "I was diagnosed with bipolar disorder a few years ago and spent a brief time in hospital as I was suicidal and had a plan".

"The only reason I got in this mindset was due to my own ignorance in not dealing with what I knew was a problem for a sustained period of time.

"Like a lot of young men, I thought to myself, 'Just pull yourself together, go for a pint and it will be fine.'"

"I had to build myself back up again from scratch, and I'm a better person for doing so, but I was only able to do this thanks to a team of professionals, together with many protecting factors, including my wife and understanding family and friends."

"I'd be fibbing to say that it's a case of problem solved. Yes, I'm a lot better now, but I still have my wobbles from time to time, which set me back slightly," he said.

"But what I try to do is learn from every bad episode and take lessons from each time I take a dip".

The Tory MS said not everyone had the luxury of the support he had, "which is why it's vital that we get the right infrastructure in place to ensure that nobody slips through the net".