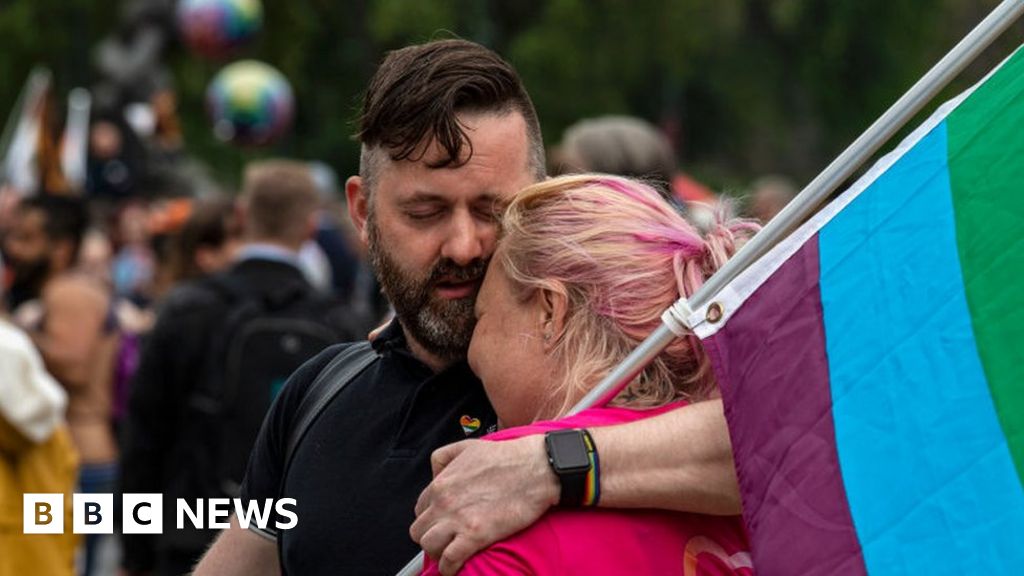 Pride protesters in Norway have defied police by holding an LGBT rally in Oslo days after a queer venue in the capital was the target of a deadly attack.

"The threat-assessment is still standing. We have an unclear terror situation," Oslo police official Martin Strand pleaded on Monday, urging people not to attend an event outside Oslo's city hall to remember the victims of Saturday's attack.

But thousands ignored that advice and gathered there anyway, holding up placards with defiant messages such as "you can't cancel us" and "sexual freedom".

Other activists criticised the police's attempt to cancel the event, arguing it was the police's job to protect people from extremists rather than cave in to their wishes.

The shootings happened in the early hours of Saturday in and around Oslo's London Pub - a popular LGBTQ+ venue, the Herr Nilsen jazz club, and another pub.

Zaniar Matapour, who has been charged with terrorist acts, murder, and attempted murder, has been ordered to have no contact with the outside world in that time.

Police said they were still investigating Mr Matapour's motive and that the suspect had so far refused to be interrogated.

The suspect had been known to Norwegian intelligence since 2015, with concerns about his radicalisation and membership of "an extremist Islamist network".

Eyewitnesses said the attacker took out a gun from his bag and started firing in and around three venues on Saturday in Oslo's city centre, forcing terrified people to either throw themselves to the ground or flee.