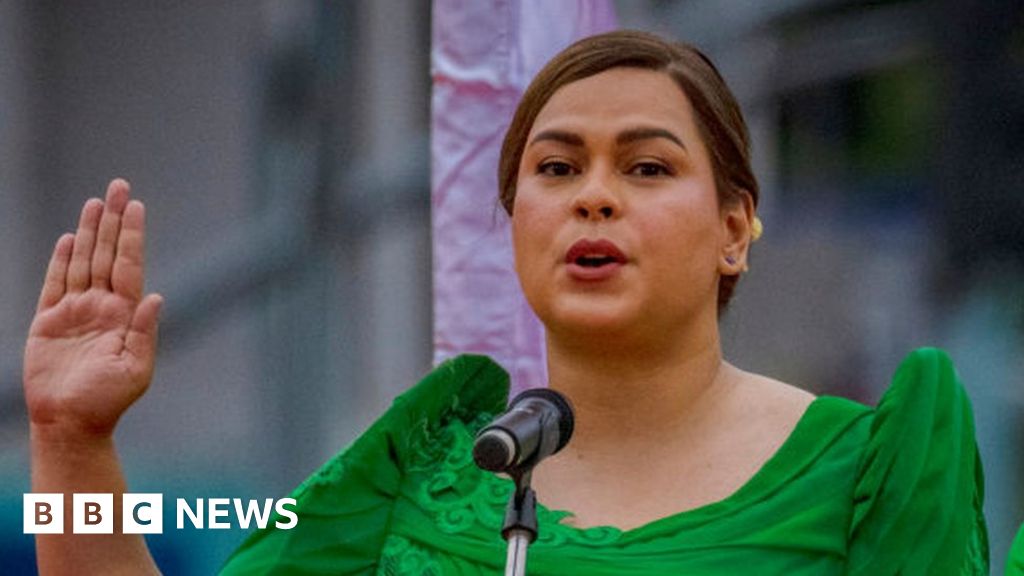 It was there that the 44-year-old took over from her father as the city's mayor over a decade ago - before pursuing a career in national politics.

She took the oath beside her running mate, Ferdinand Marcos Junior, who will soon replace her father as president.

"The days ahead may be full of challenges that call for us to be more united as a nation," Ms Duterte said.

As candidates in May's elections the pair shored up historic landslide victories by forging a powerful alliance and running on a message of unity that helped many of their allies win power elsewhere in government too.

But critics say that during his five years in power, Mr Duterte has encouraged police to carry out thousands of extrajudicial killings of suspects in what he has called his "war on drugs".

Mr Duterte had initially said he would stand as vice-president, before changing his mind last month and announcing his retirement from politics.

On Sunday he stood beside his daughter as she was sworn in to the new role.

Ferdinand Marcos Junior - known by the nickname Bongbong - also attended the ceremony. Like his future vice-president, he too is the son of a former Philippines leader.

His disgraced father, with whom he shares a name, was driven from power as the country's dictator in a 1986 uprising.

The Marcos family has never apologised for the abuses of the old dictatorship, nor given back much of the treasure they are accused of stealing from the national purse.