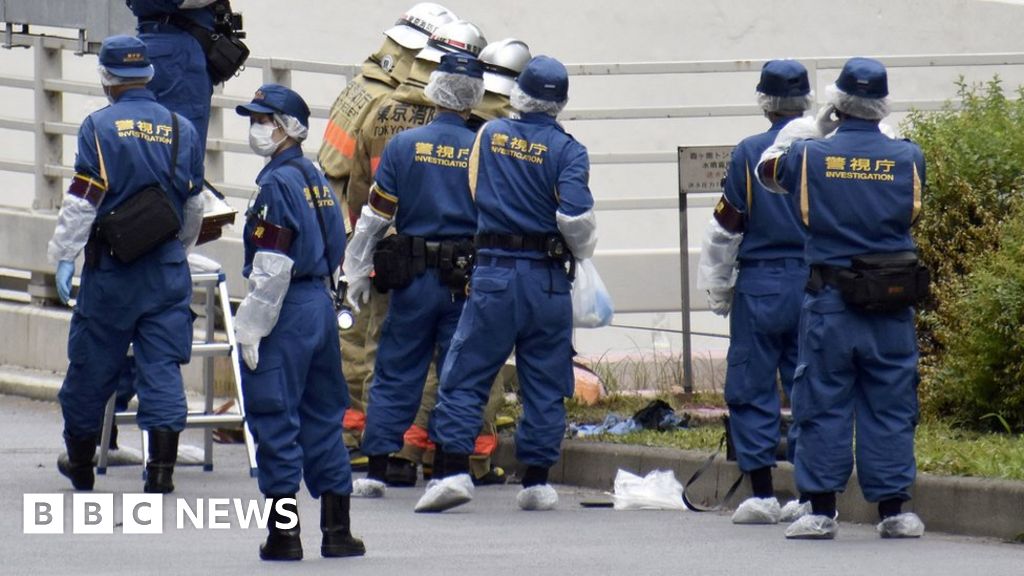 The extent of his injuries and his current condition is unknown. Japanese media reports say the man is believed to be in his 70s.

The government is yet to comment on the protest. But public opposition to the holding of the state funeral has intensified in recent months, with polls showing a majority of voters unhappy with the expenditure.

Abe was shot dead on 8 July, aged 67, at a campaign rally for his political party. The killing of Japan's longest-serving prime minister was condemned internationally and shocked Japan, a country with a minimal record of political violence and gun crime.

But state funerals are not an established practice in Japan, and protesters say they resent the use of public funds on the event that is projected to cost about 1.65bn yen (£10.1m; $11.4m).

One of the country's main opposition parties, the Constitutional Democratic Party, has also said its lawmakers won't participate in next week's ceremony.

Police are yet to confirm details of the protest on Tuesday, but local media reported the man had voiced his opposition to the funeral to a nearby officer before setting himself alight.

Criticism of the state funeral has also increased as more politicians in Japan's parliament have been found to have connections with a controversial church.

The man charged with killing Abe said he had targeted the former prime minister for his connections to the Unification Church, which he said had bankrupted his family.