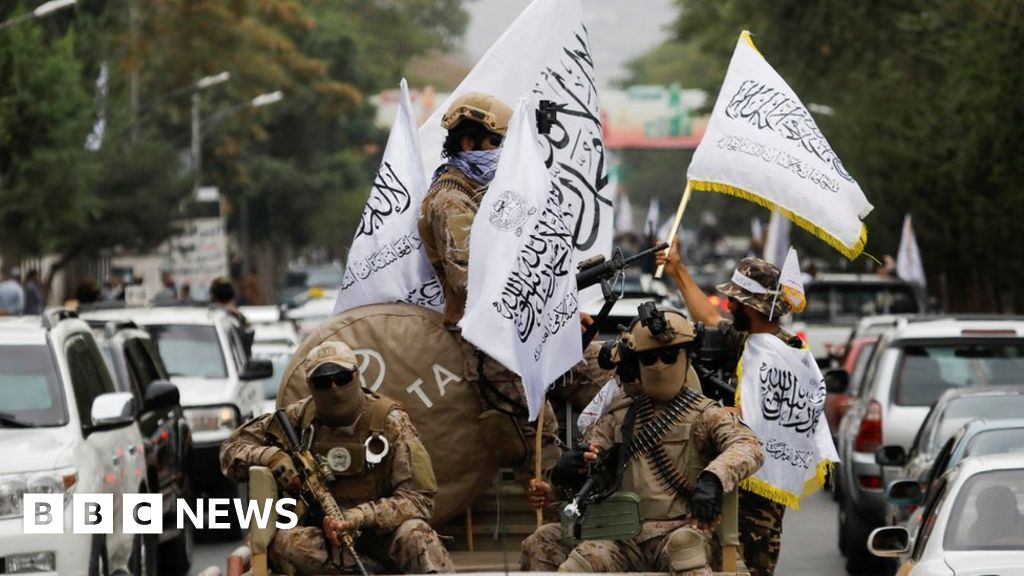 This is thought to be the second time in a month the Islamist group has carried out public lashings.

The move could signal a return to the hard-line practices seen in the previous Taliban rule in the 1990s.

Omar Mansoor Mujahid, a Taliban spokesman for Logar region in eastern Afghanistan, where the lashings happened, said that all three women were freed after they were punished. Some of the men were jailed, he said, but it is not clear how many.

The men and women received between 21 and 39 lashes each. The maximum number a person can receive is 39, another Taliban official said.

The flogging in Logar province comes a week after the Taliban's supreme leader, Hibatullah Akhundzada, ordered judges to enforce punishments for certain crimes in line with the group's strict reading of Islamic Sharia law.

This interpretation of Islamic law includes public executions, public amputations and stoning - although exact crimes and corresponding punishments have not been officially defined by the Taliban.

The supreme leader's order is the latest sign that the Taliban is taking a tougher stance on rights and freedoms; after promising to rule more moderately when they took power last year.

During their rule from 1996-2001, the Taliban were condemned for regularly carrying out punishments in public, including floggings and executions at the national stadium in Kabul.

The government also vowed that they would not repeat the brutal repression of women; but since the group's return to rule women's freedoms have been severely curbed and a number of women have been beaten for demanding rights.