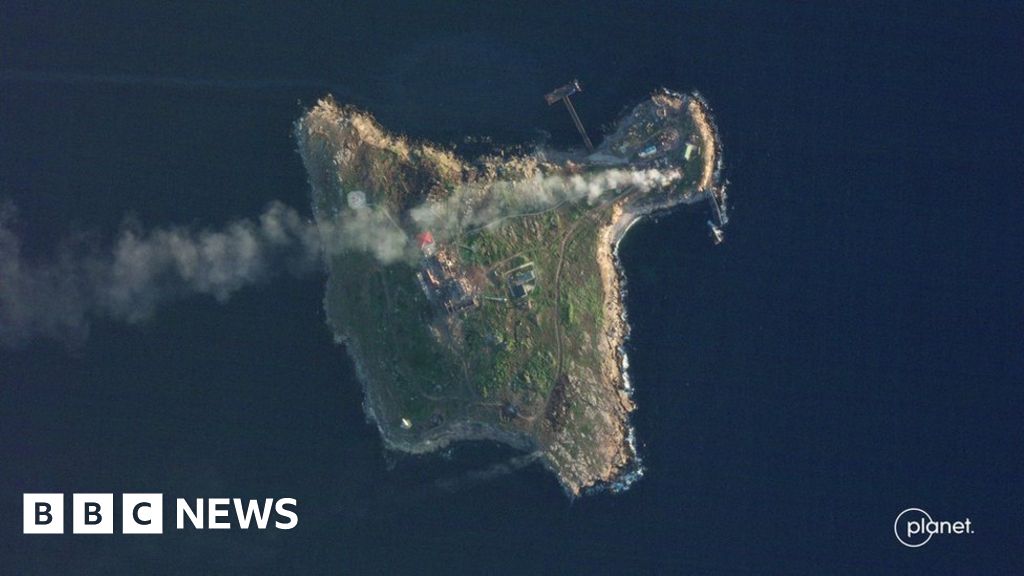 This tiny, rocky outcrop in the north-west of the Black Sea was seized by Russia on the first day of its invasion of Ukraine, and it has played an outsized role in the war ever since.

The island is exposed to attacks from all directions from air and sea, and the small garrison tasked with defending it - first Ukrainians and later Russians - have been described as "sitting ducks" by military experts.

That explains why the Kremlin was so desperate to bring in anti-aircraft systems and radio-electronic warfare to Snake Island. But it became a logistical nightmare for Russia to defend because it was so far from its main naval bases in the Black Sea.

Considering the strategic importance of Snake Island, which has been fought over for months, and considering, too, the lack of "goodwill gestures" by the Russian armed forces in Ukraine since the invasion, this version of events will convince few outside Russia.

But it will not substantially change the course of the war. Russia's focus is on conquering the whole of the eastern Donbas and holding on to other areas of the south that it seized at the start of the war.