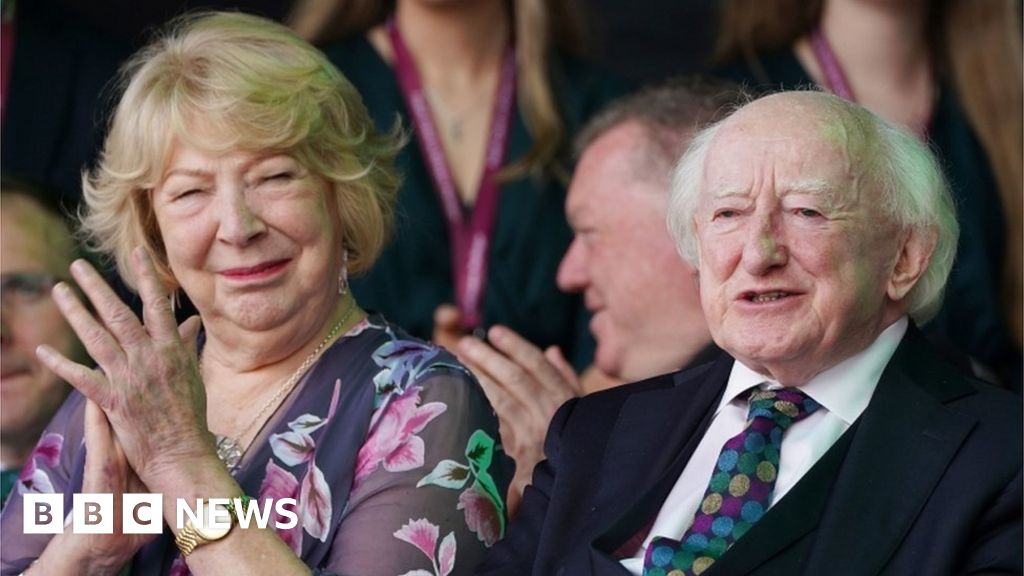 Ireland's president, Michael D Higgins, is facing pressure to clarify his stance on a letter his wife wrote to a newspaper criticising an editorial on the war in Ukraine.

She said she was "disappointed" and "dismayed" that the editorial did not encourage any ceasefire negotiations that might lead to a positive outcome.

Mrs Higgins' intervention led to a lot of public criticism because it failed to register that Russia was the aggressor in the war.

That criticism was not just from Ukrainians in Ireland but also from a Ukrainian MP, who said it was "painful" and "uninformed".

It is rare for politicians in the Republic of Ireland to criticise the head of state, but over the weekend a number of government representatives called on President Higgins to address the issue and explain whether he supported his wife's position.

While he was attending the funeral of David Trimble, Northern Ireland's former first minister, on Monday, the president's officials issued a statement which said he had repeatedly condemned the Russian invasion as illegal, immoral and unjustifiable.

It also said that he had repeatedly called for the immediate withdrawal of Russian troops and an end to the violence while stressing the importance of using every available means of diplomacy.

But the statement did not refer to his wife's letter, or to why it briefly appeared on the official Áras an Úachtaráin website.

That has prompted further calls for the president to clarify why the letter was published there - albeit very briefly.

The role of the directly-elected Irish president is largely ceremonial and he or she is not supposed to comment on political issues.

But President Higgins, who is very popular, has pushed that boat out and has criticised government policy on such issues as housing policy and the plight of refugees.