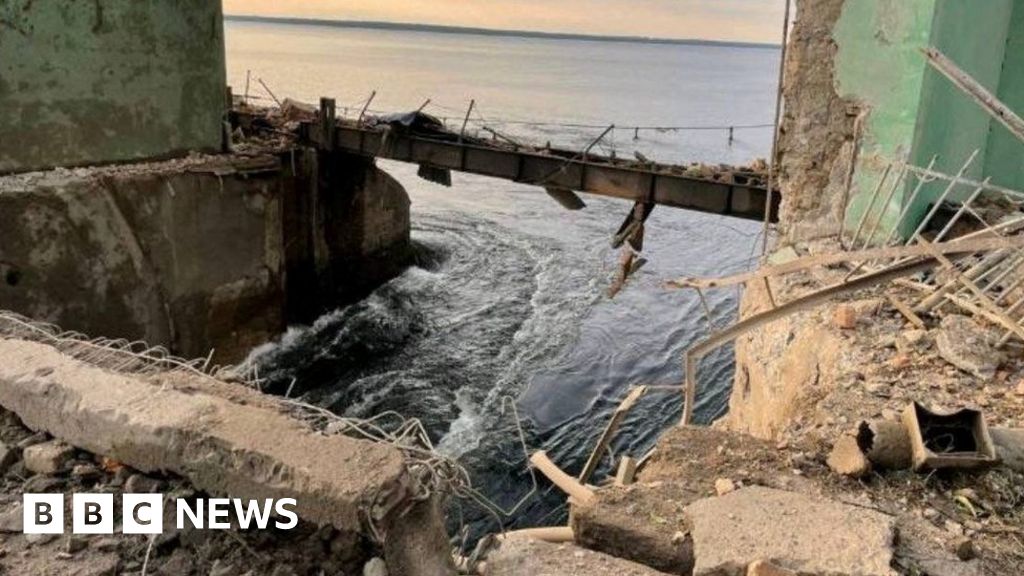 Officials said a water flow of 100 cubic metres per second was gushing from breaches, and water levels in the Inhulets river were rising dangerously.

"You are weaklings who fight civilians," Mr Zelensky, who was born in Kryvyi Rih, said in his late night address on Wednesday. "Scoundrels who, having escaped from the battlefield, are trying to do harm from somewhere far away," he added.

This was an apparent reference to Ukraine's recent military successes in a swift counter-offensive in the country's north-eastern Kharkiv region. It has seen Ukraine's army reclaim swathes of occupied territory, forcing Russian troops to retreat.

He thanked troops who took part in the counter-offensive, and pledged that the Ukrainian flag would return to every city and village in the country.

Locals in the town of Balakliya, also in the Kharkiv region, told the BBC that Russian troops had tortured civilians at the town's police station during their occupation, while others recounted being electrocuted while in detention.

While Russia still controls around a fifth of Ukraine's territory, towns in the Donbas that fell early in the war are now the focus of Kyiv's advancing forces.

After failing to capture cities across the country, including the capital, Kyiv, Russia is focusing on the Donbas - parts of which were already under the control of Russian-backed rebels before Russia launched its invasion this year.

On Monday, Moscow insisted that it would press on with its invasion "until all the goals that were originally set are achieved".

But the pace of the Ukrainian advance appears to have taken Russian forces by surprise, with reports of some of Moscow's forces abandoning their uniforms to blend in with civilians.