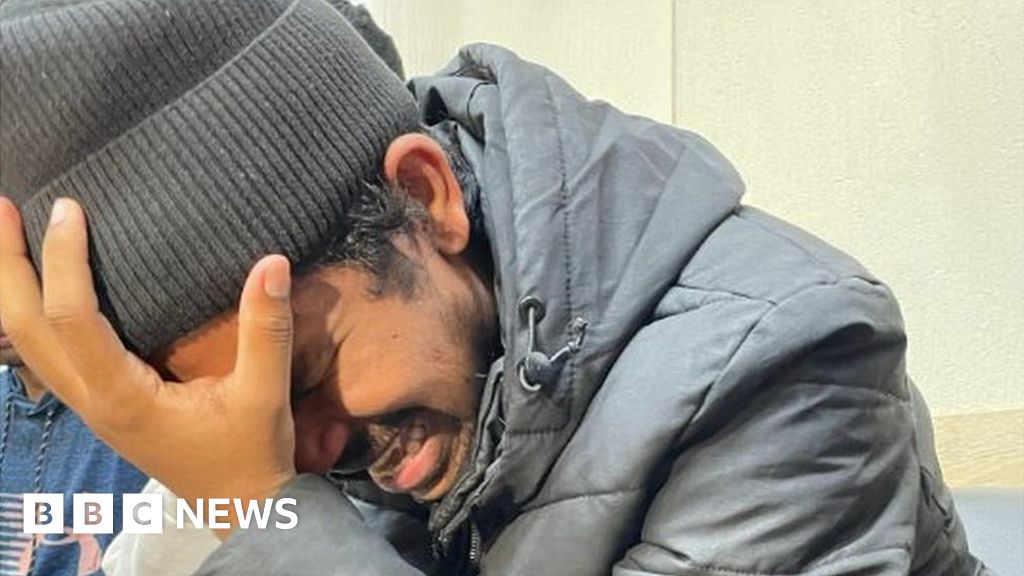 Ukraine's recapture of the city of Izyum has brought multiple allegations of atrocities under Russian occupation. Among the accounts emerging is that of a group of Sri Lankans held captive for months. Here, they tell their story.

Dilujan was one of seven Sri Lankans captured by Russian forces in May. The group had just set out on a huge walk to safety from their homes in Kupiansk, north-eastern Ukraine, to the relative safety of Kharkiv, some 120km (75 miles) away.

But at the first checkpoint they came across, they were captured by Russian soldiers. The Sri Lankans were blindfolded, their hands tied, and taken to a machine tool factory in the town of Vovchansk, near the Russian border.

The group had come to Ukraine to find work, or study. Now, they were prisoners, surviving on very little food, only allowed to use the toilet once a day for two minutes. On the occasions they were allowed to shower, that too was restricted to just two minutes.

"They locked us in a room," she said "They used to beat us when we go to take shower. They don't even allow me to meet others. We were stuck inside for three months."

Others have been left with even more visible reminders of what they had endured: one of the men removed his shoes to show his toenails had been torn off with pliers. A second man reportedly also suffered that torture.

"They hit me across the body many times with their guns," said 35-year-old Thinesh Gogenthiran. "One of them punched me in the stomach and I was in pain for two days. He then asked me for money."

Ukraine has been exhuming bodies from a burial site in forest near Izyum, some of which show signs of torture. And Ukrainian President Volodymyr Zelensky has said "more than 10 torture chambers have already been found in the liberated areas of Kharkiv region, in various cities and towns".

Once again, the group was able to begin their walk towards Kharkiv. Alone, and without their phones, they had no way to contact their families.