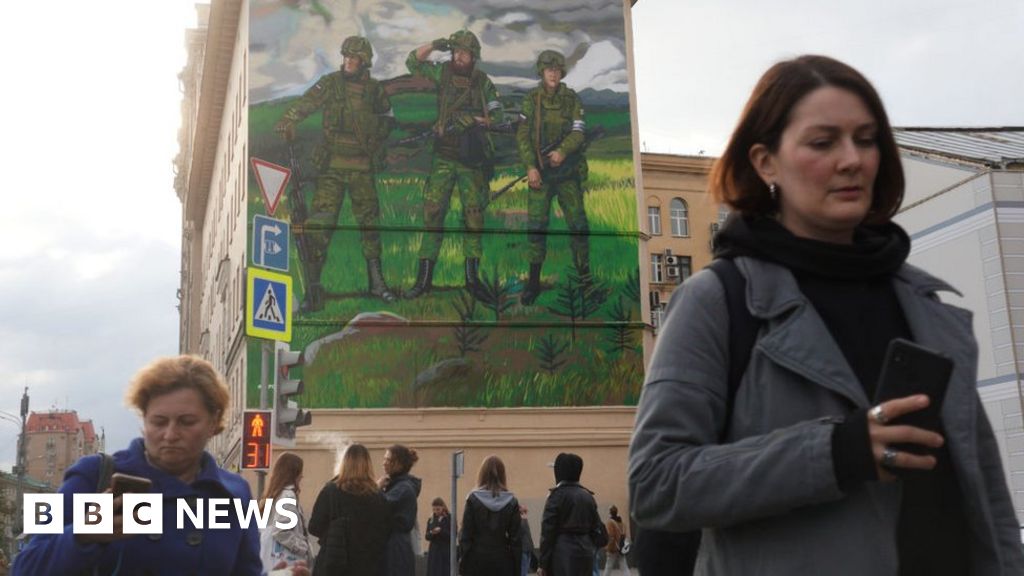 Denounced as illegitimate and a sham by Ukraine and the West, the votes are taking place over five days just behind the front line. Reports speak of soldiers going door to door to collect votes on the first day.

Tens of thousands of Russian reservists are being called up to fight in Ukraine but the defence ministry in Moscow has revealed a host of occupations that will be exempt including IT workers, bankers and journalists working for state media.

When Russia invaded its neighbour, Anastasia Shevchenko, an activist who spent two years under house arrest for protesting against the Russian president, was serving a suspended sentence. One wrong move, even an anti-war comment, could have put her behind bars.

But Anastasia could not bear to be silenced, so she squeezed her family's life into a couple of cases and they fled in the middle of the night for Lithuania.

"What is going on in Russia now is like total fear," she says. "So many people are frightened because we know they can do anything. It's not only prison, or fines: you can be killed or poisoned. It's like a huge prison. All the country."

"You wake up in the morning and you want to know which cities were bombed, how many people were killed, which buildings were destroyed and check that all your loved ones are OK and safe."