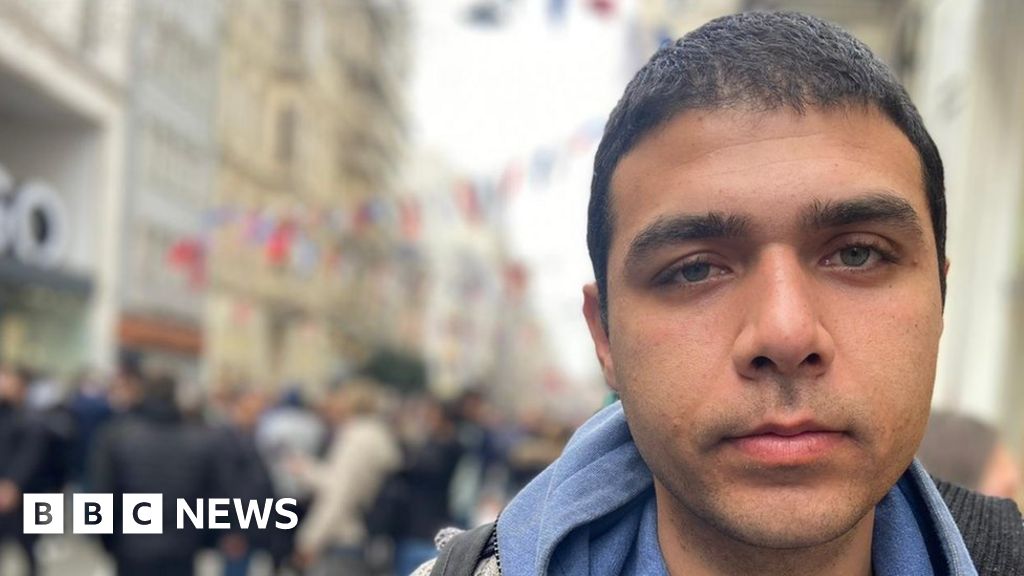 Hours later, Istiklal Street is busy once again. Two tables have been carefully placed on either side of the street, draped with cloths and heaped with red carnations. These islands make people slow down, and pause to look. The videos showed them exactly what happened here on Sunday. The mood now is solemn.

Istiklal Street often feels to me like the very definition of life. It is crowded from morning until night, and you often have to weave your way through groups of strolling shoppers.

It is a focal point for Turkish families, too, to watch the street entertainment, and to shop. The alleys that radiate out are filled with bars and restaurants. It is the main artery of the beating heart of this city.

It's created a fresh nervousness on the streets of Istanbul. "I believe in what the minister says, 100%," says Burhan Kizilkaya. He runs a small restaurant just off Istiklal Street. "It's clearly a terrorist attack. They killed innocent people, and children. They should all be executed. I think though security here is much tighter, thanks to our government, so I don't think the darkest times will return."

"Now everybody is concerned that the period of heavy violence might come back here," he tells me. "They say as the elections approach next June the bombs will return. I didn't feel like that. But after yesterday, now I do."

Memories here are still fresh, and raw. Mecit Bal's son was in the street outside their small family kiosk, just 20 metres away from the blast. The force knocked him to the ground, his father said.

"People were running into him, hitting him and pushing him as they fled. But he could hardly feel it. There was blood everywhere. When I returned I saw two bodies lying on the floor, right here. I locked up the kiosk and took my son home. This morning my family didn't want me to come back here, but I've been running this shop for 40 years. I open at 6am every morning. This street shouldn't be like this."

"Suddenly I started seeing ambulances," he said, "and I thought there was a serious health issue going on. People were shouting, 'there's been an explosion'. But it was clearly something extraordinary, because so many ambulances passed by so fast."