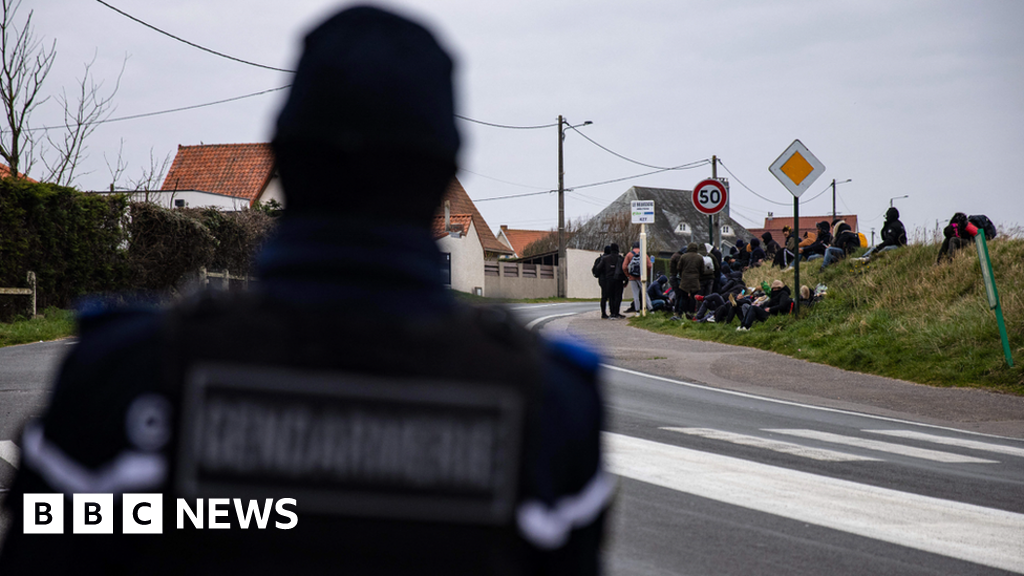 Specialist buggies built for sand dunes - another contribution from the UK - have helped units get there faster. But the last stretch to where a boat is being prepared for launch often must be covered on foot - through soft sand and thickets of thorny shrubs, sometimes chest-high.

There is, the UK government says, no silver bullet. But the resources ploughed into this coastline, year after year, are having some effect: 30,000 crossings attempts have been intercepted so far this year.

Sources close to the negotiations also tell me that France has also offered to allow British officers to come out on patrol with French unit as observers.

"We haven't had very much control in the past, about exactly how the French deploy the resources we're paying for," he told me. "This new agreement means that we have now got operational and tactical liaison going on about deployments."

When I asked the French Interior Minister last year about France's refusal of this request, he said it was an issue of sovereignty. Giving me a little smile, he added: "Sovereignty is something the British understand."

"I'm hearing that liaison with the French is much better now than it was," said Tony Smith. "Now that Rishi Sunak and Suella Braverman have reached out the olive branch to the French, that seems to have paid at least some dividends."

"These observers could help [the UK] understand the difficulties we are in," said the Republican MP for Calais, Pierre Henri Dumont. "We cannot have half our police officers on the French coast. We don't have the human resources. We're talking about human personnel, not just drones and cameras."