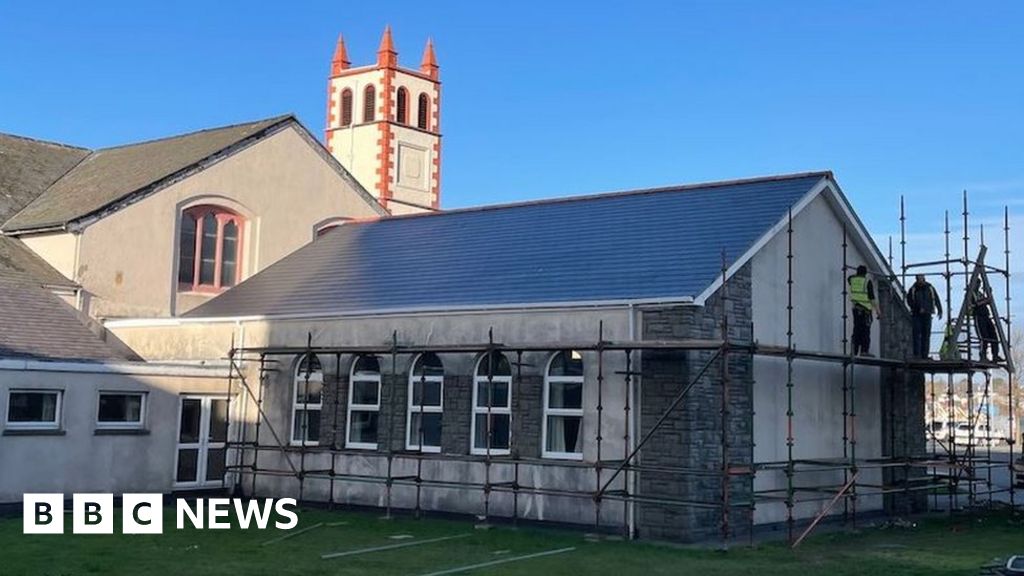 Martin Barrow of the Parochial Church Council said the repairs would also make the building, which is about 50 years old, "more economical to heat".

The funds were awarded to the Maughold and South Ramsey Parish Church Council, with work on the project due to be completed in the coming weeks.

Mr Barrow said the "water ingress was causing a number of issues and if it had been left any longer, we feared the damage may have become irreversible".

"As the work has progressed, we have already seen the hall starting to dry out and the new insulation included in the project should also make the hall warmer and more economical to heat," he added.

Sarah Kelly of the Manx Lottery Trust said it was hoped the funding would provide a "much-improved space" for everyone who used it.

"The fact it is in use every day of the year highlights its importance to the local community," she added.