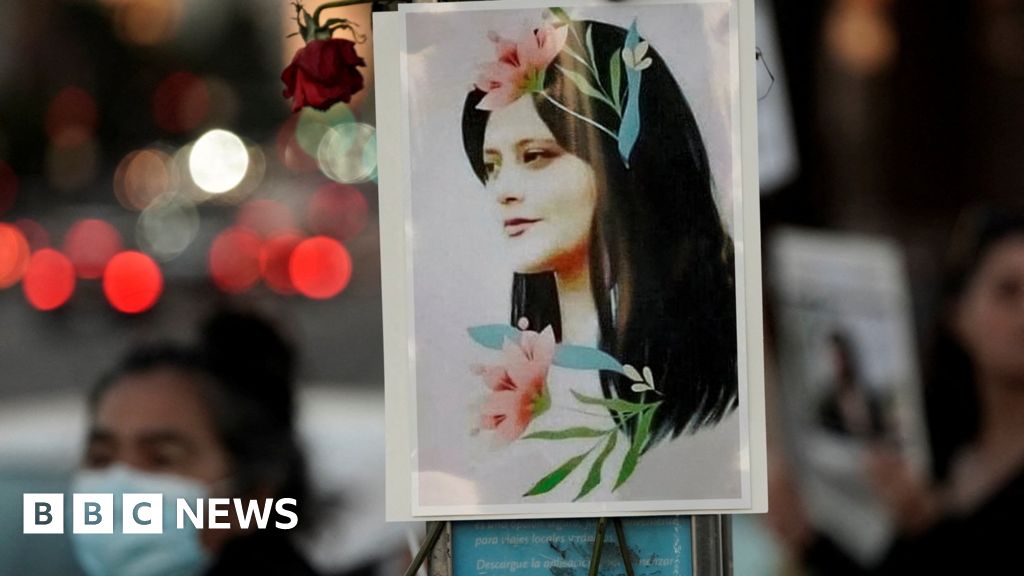 The footage, which has been verified by BBC Persian, also appears to show people covered in blood lying on a street and someone shouting that a girl has been shot in the head. Automatic gunfire can also be heard.

A mother who was worried about the fate of her young daughter and son protesting in the town posted an emotional appeal to people elsewhere in Iran, saying: "Please help us, they are killing everyone, killing our youth. Why aren't people in Tehran coming out to the streets? Please help Kurdistan, help our youth."

In Piranshahr, another small town, tens of thousands participated in the funeral of Karvan Ghadershokri, a 16-year-old-boy who was killed at a protest. A crowd earlier gathered in front of his parents' house to prevent security forces from stealing his body.

Every such funeral has turned into a mass rally against the clerical establishment. In response, security forces have taken away a number of protesters' bodies and buried them in secret, without the presence of their families and friends.

They were sparked by the death in custody of Mahsa "Zhina" Amini, a 22-year-old Kurdish woman who fell into a coma after being arrested by morality police in the capital Tehran for allegedly wearing "improper" hijab.

Hengaw, which is based in Norway, said last week that more than 80 protesters had been killed and 4,000 others detained in Kurdish-populated areas alone.