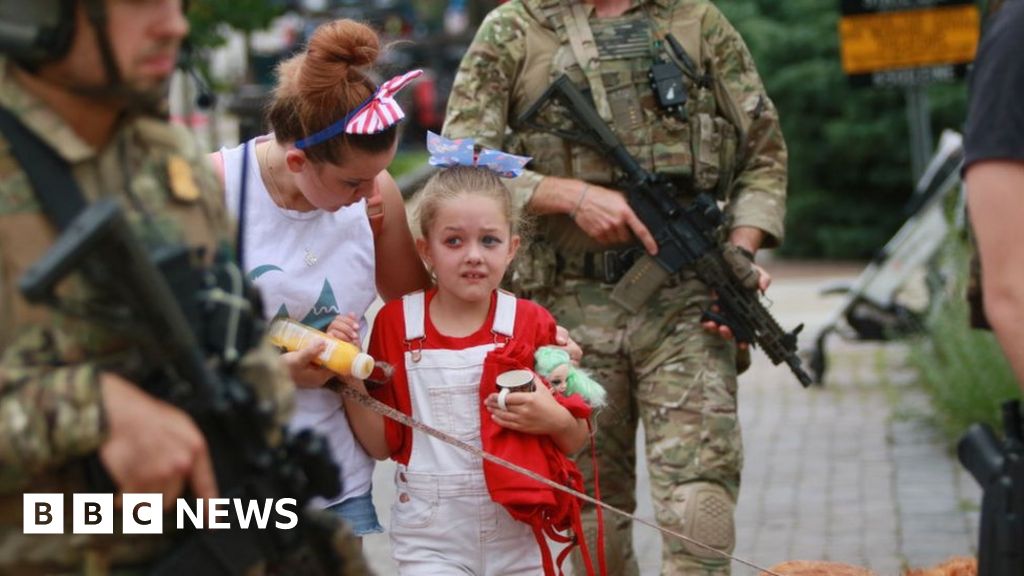 "It's a really big deal. People come from all over the place to watch," parade-goer Anand P told the BBC. "I went with my two little cousins. They're twins. We went to have a nice family day out."

"We ran around the corner and I put my son and my brother and our puppy in the garbage can," Mr Sandoval said. "I asked somebody to watch them because I had to go back and look for my family."

Amid the chaos in the wake of the gunfire, police say the suspected gunman then threw on a disguise - dressing himself in women's clothing and covering his distinctive facial tattoos- and fled the scene, blending into the crowd. He left his rifle behind.

David Baum, a local physician who was at the parade and helped treat the wounded, later described the "horrific, devastating" injuries as akin to "the kind that you normally see in a war".

Several hours after the police search began, an alert member of the public caught sight of Mr Crimo driving a car and called the authorities. He had driven to Madison, Wisconsin before heading back to Illinois, officials say.