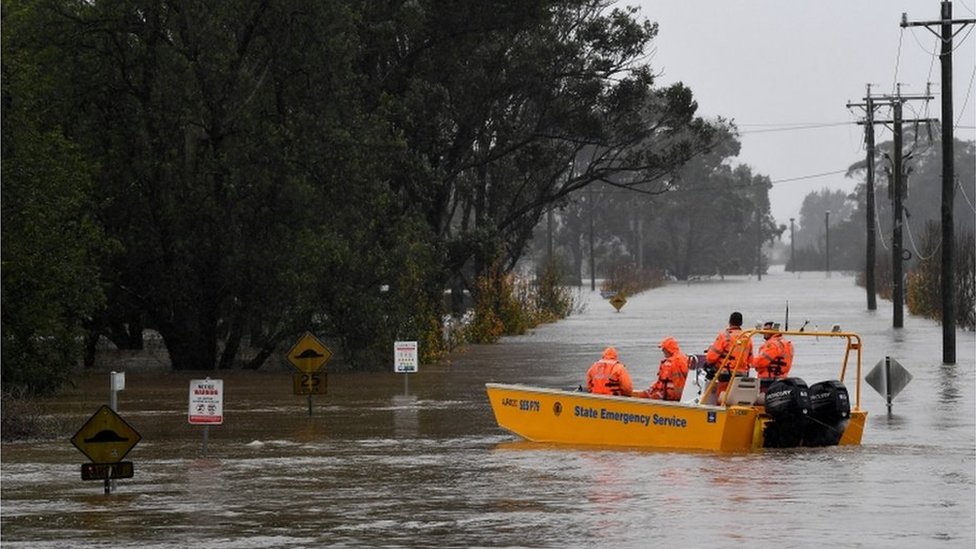 Tens of thousands of people have been told to leave their homes after heavy rain and flash flooding hit the Australian capital, Sydney.

More than 30,000 people have been affected after around a month's worth of rain fell over parts of New South Wales over the weekend.

It's not the first time this year that Australia has experienced severe rainfall.

In March, the country's east coast was hit by intense flash floods.

Australia's Bureau of Meteorology said up to 350mm of rain had hit certain areas, risking flooding along the Nepean river.

Homes, farms and bridges have been left underwater in several suburbs in the west of Australia's largest city.

Roads have been cut off, with 18 evacuation orders in place and warnings of more extreme weather to come.

New South Wales emergency services minister Steph Cooke warned that it was a "rapidly evolving situation" and warned that people should be "prepared to evacuate at short notice".

For some of the capital's residents, this is the third major flooding of the year.

Experts say the severe rainfall in the country has been worsened by climate change.