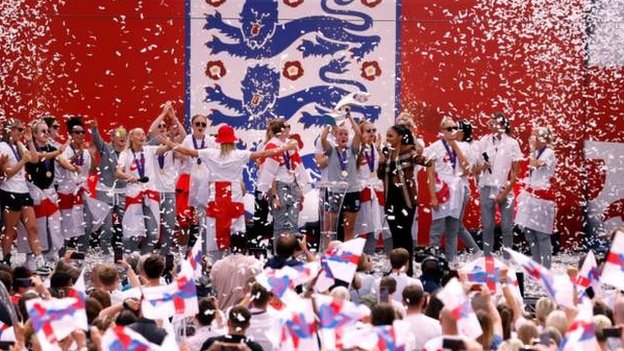 Fans of all ages had been arriving throughout the morning looking for a spot with a good view of the stage.

There were plenty of painted faces at the celebrations, showing the Lionesses just how much support they had.

London Mayor Sadiq Khan, who had announced the event, also spoke on stage to congratulate the team on their win.

England's Ella Toone, who scored in the final, was having a great time - she even put a sun hat on the trophy!

There was also time for the players, including fellow goal scorer Chloe Kelly, to have a bit of a sing song to...Sweet Caroline of course!