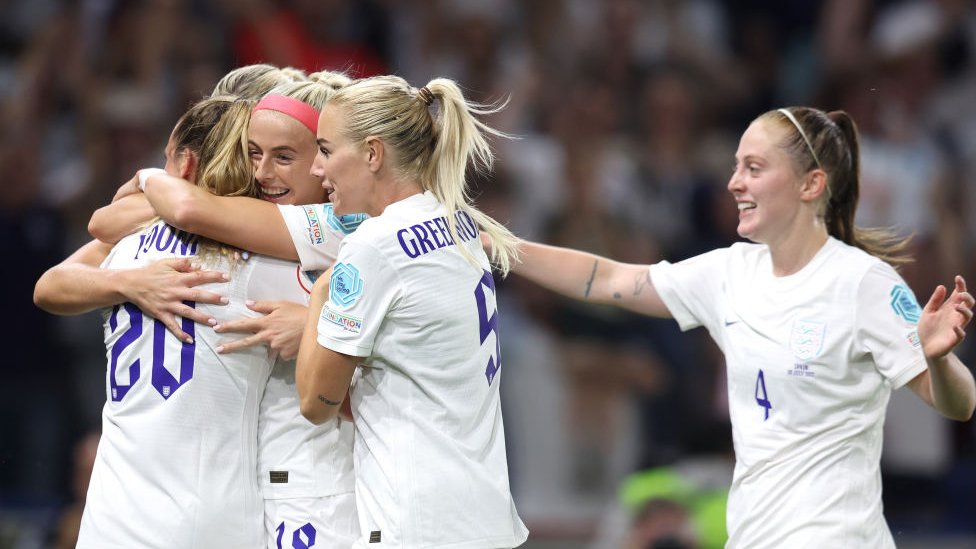 Lioness Alex Greenwood has told Newsround that seeing the next generation of girls come through and be successful is a goal for the whole team.

Greenwood and teammate Keira Walsh were speaking as they answered questions from the Newsround audience following their historic Euro 2022 win.

The England team beat Germany 2-1 in front of a record crowd at Wembley on Sunday.

The win has inspired lots of children including Phoebe who told us: "The Lionesses winning the Euros has made me want to start playing football."

"That's exactly what we wanted, we wanted more girls to be encouraged to play football, so it's a really nice message to start with," Keira Walsh commented.

For both Keira and Alex, it was family members passionate about football and specifically their dads that first got them into football.

Keira's tip for girls wanting to play football is to "enjoy it".

She told Newsround: "There were times during this tournament I was playing for a younger version of myself".

Keira describes the love she had for a sport as a child, even playing football outside a restaurant when her parents were eating.

"Me winning this Euros is for that young girl who just loved football," she added.

Alex and Keira also discussed the letter the team has sent to the government asking them to make sure more girls are able to play football at school.

They told Newsround they want to help make girls feel safe and comfortable to play football in school.

Asked what they are most looking forward to in their careers in the future, Alex Greenwood replied:

"One probably for us both, for us all, is seeing the next generation come through and be successful."