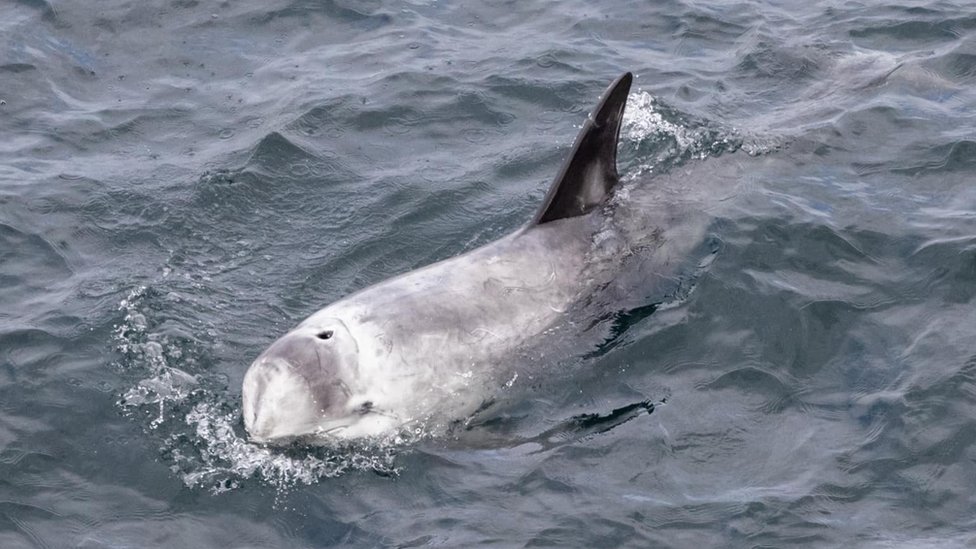 A group of female and baby dolphins were spotted by wildlife enthusiasts from a supermarket car park in the north of Scotland.

The dolphins were photographed by wildlife photographer Karen Munro from the car park of a Lidl in Thurso.

The Risso's dolphins were forming what is called a 'nursery pod', when adult dolphin females swim with their calves to protect them.

The young in the pod can be aged anywhere from newly born to three years old.

Karen was lucky to see the dolphins' display thanks to her friends who were shopping at the supermarket.

Karen told BBC News: "Friday was really funny as I was at home just about to start cutting the grass when friends Jackie and Barry Osborne messaged to say that they had just spotted Risso's dolphins from the car park at Lidl while in town to do some shopping."

Risso's have grey bodies and are different to other dolphins because they do not have a long beak.

These dolphins prefer to live in deeper water than other dolphins, which means that they have not been studied as much.

One of a Risso's dolphin's favourite foods is squid and their grey bodies are often marked where they have fought with their prey.

It is not unusual to see Risso's dolphins in large groups (also known as pods) as they are very sociable mammals - even with other types of dolphins, such as bottlenose dolphins!