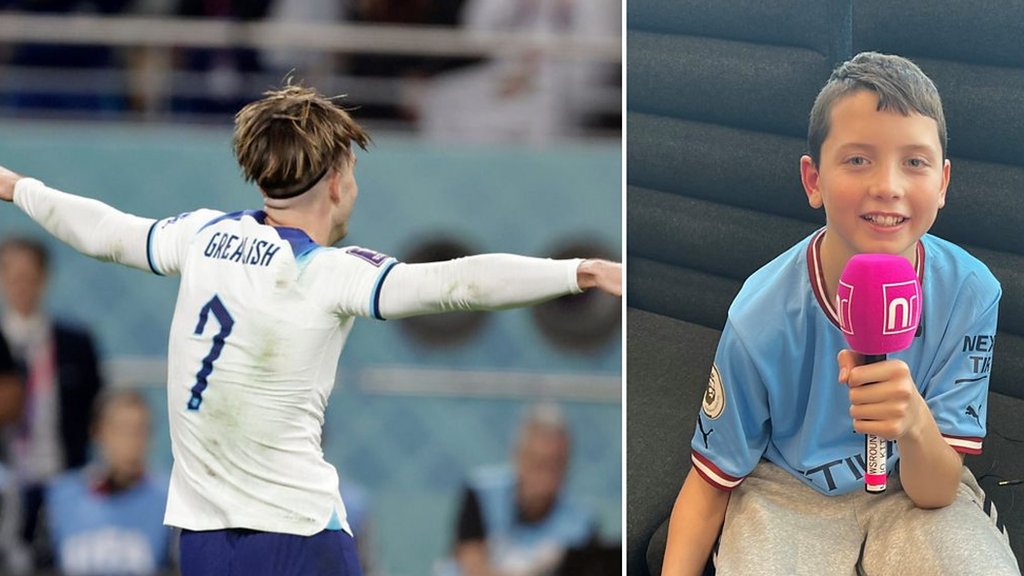 After Jack's goal, the Manchester City forward kept a promise he made to 12-year-old Finlay, who has cerebral palsy, that he would do their special dance the next time he scored - and it happened to be during his first game of the World Cup!

Finley told us: "When he actually scored I thought he wouldn't do it, I thought he had forgotten, but when he did it, I was just amazed."

How did Jack and Finlay meet?

Finlay first met Jack Grealish after he wrote to the player about his cerebral palsy - a condition which can affect people's balance and communication.

Grealish's sister Holly also has cerebral palsy and the star said he was touched by Finlay's letter.

Finley is a huge Manchester City fan and met Jack when the footballer surprised him before he left for the World Cup at Manchester City's Football Academy.

When they met, Finley initially asked Jack to do the full worm breakdance move, although Jack admitted he couldn't do it without getting injured, so they decided to come up with their own unique routine instead.

"He knows what it's like to live with someone with cerebral palsy so he can relate to me and the struggles I face day to day," Finley told Newsround.

We asked Finlay whether he thought England would bring the World Cup home and he told us: