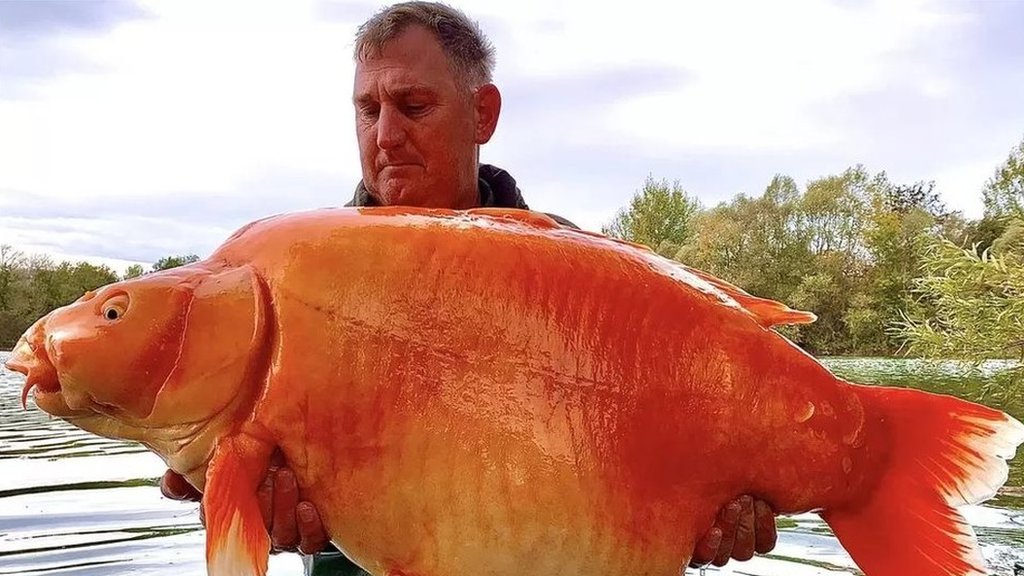 Goldfish are typically found swimming around in bowls or tanks in people's homes, and they're known for their small size which makes them a good option for many people as a household pet.

However, one goldfish has been getting lots of attention for its rather unique characteristics. It weighs a whopping 30kg (67 pounds), which is roughly the same weight as the average 10-year-old!

The giant fish, which is known as 'The Carrot', was spotted by Worcestershire angler Andy Hackett while he was in the Champagne province in France.

It was introduced to Bluewater Lakes there 20 years ago, but has proved difficult to track down since then, making Andy's find a rather remarkable one.

The fish isn't a typical goldfish though but a mix of a leather carp and a koi carp, according to Andy.

It took him 25-minutes to catch The Carrot which he managed to do successfully, and Andy took some pictures with his prized fish to document the moment, before it was released back in the water soon after.

"With normal fish," Mr Hackett explained, "you struggle to see them if they're just under the surface, but The Carrot is obviously bright orange so you can't miss it.

"[But] it's a much sought-after fish, not many people have caught it, it's quite elusive."

Anglers, however, always have a chance.

"Just like a general big fish, they're heavy, they're slow, they plod around," Mr Hackett said.

Yet anyone fancying a go at catching The Carrot themselves may face disappointment as the fishery has a waiting list of at least five years!